Amos and Josh lost focus after their musical split

• The two participated in Tusker Project Fame reality show in 2013 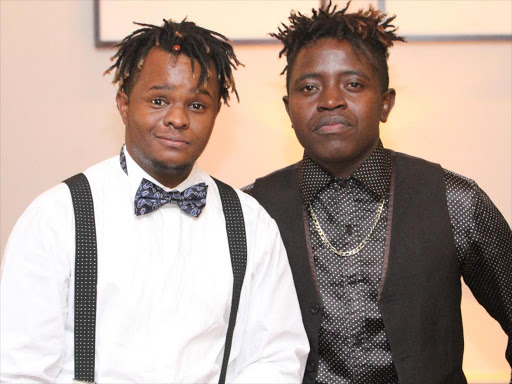 Tusker Project Fame duo Amos and Josh say they lost focus in their music after they split.

The two participated in Tusker Project fame in 2013.

Speaking during an interview with Bonga na Jalas, the duo said their comeback will be explosive as they have their vision and energy back. "We have always wanted to come back, but the question has always been when," Josh said.

"It's about that time to look out for good stuff. Since we got the dream back, the energy is definitely as it was was or even bigger."

They said they had been advised to decide whether they were gospel or secular.

"The people felt like we were in between, we just wanted to do music as we are church boys. We were pumped with a lot of stuff and I was ready for showbiz and I looked for crazy business and scandals."

Amos said he reached a point he was not comfortable with that stuff.

"When you are not comfortable, your energy and how you give yourself to something drops. We amicably decided to part."

He added that the breakup hurt them in many ways given there were many business opportunities they missed out on.

"People follow you and when you stop they divert their attention to something else. When you come back people are not sure if you will be consistent."

Josh said it was a very confusing time for them as they were used to singing in church. "Now you are in the industry and there are so many demands. Our mistake was 'leaving ' the gospel, it was our grounding," he said.

In a past interview, Josh said the other reason they completely separated was after their mentor music producer Bruce Odhiambo died.

Why you shouldn’t give up on church
by ELIZABETH NGIGI Lifestyle, Entertainment Journalist
Word Is
20 August 2021 - 00:05