How Juliana struggled with mourning her son

Instead of coming to terms with the loss, she would cover it with work

• Keron died at the Aga Khan hospital, where he had been admitted after asthma attack 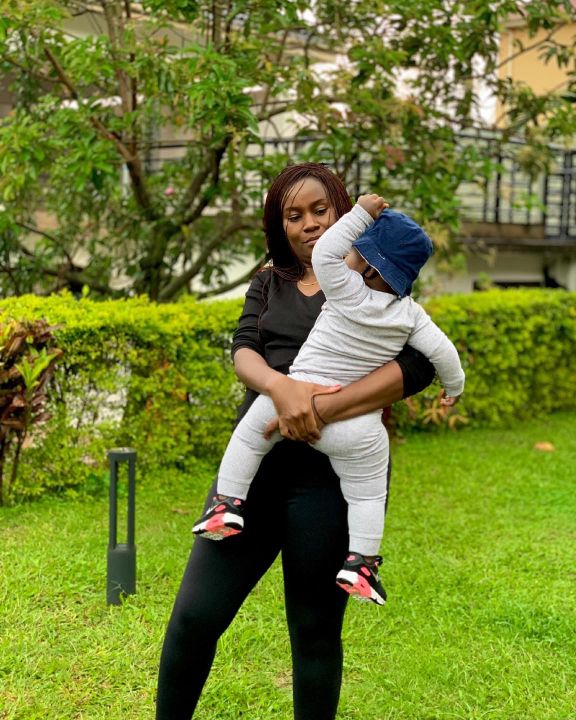 Keron died at the Aga Khan hospital, where he had been admitted after suffering a severe asthma attack.

He was only 11 years old at the time. The Ugandan singer said that instead of coming to terms with the loss, she would cover it with work.

"At some point it overpowered me and I had to deal with it. Allow yourself to break down when you feel like breaking down," she said in a recent video.

Kanyomozi said her family stood by her and understood the struggles she had been dealing with.

Keron died in 2014 in the presence of his mother and father while receiving treatment for severe asthma at the Aga Khan Hospital in Nairobi.

The singer said prayers helped her deal with the loss, but she still hasn't completely healed.

"I am still a work in progress, but you learn to be stronger and accept that it happened," she said.

She said it took her some time to believe it. She would wake up in the morning and ask herself if she was really pregnant.

"It was really personal as my family and I prayed for this for a very long time. I thank God that He listened and gave us a baby boy who is now more than one and a half years old."

Kanyomozi said she was alone in Canada during pregnancy. Through the grace of God, she pushed through until delivery time.

"For me, my ray of light is my baby. Apart from missing my family and hoping I was at home, I was comfortable and I managed by myself."

Juliana came back to her country early this year. Her son turned one year old in May.

"Look who just turned 1. On this day last year at exactly 9:15am, you came into this world and literally filled our hearts with joy. I love you more than anything in the world," she wrote.