She cried and said God has fulfilled His promise 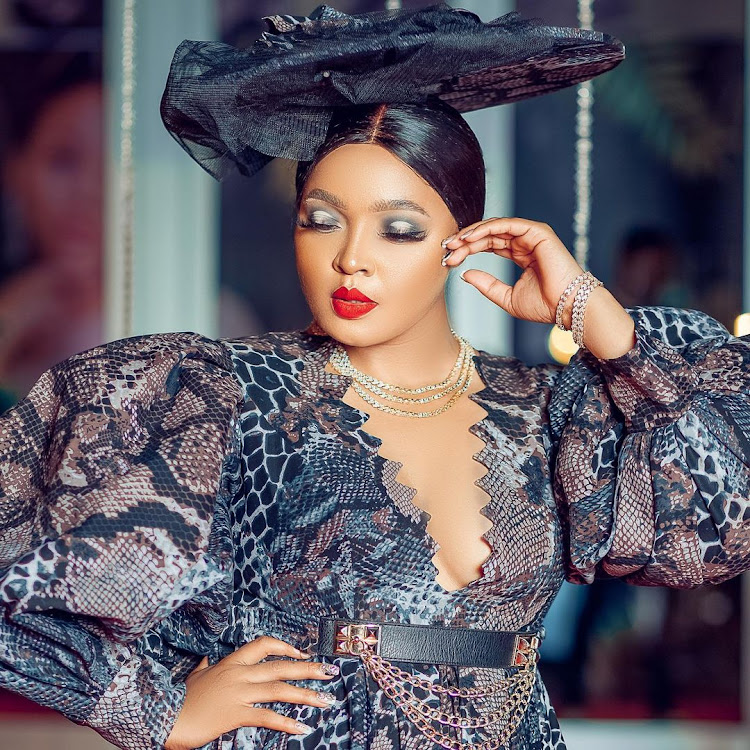 Harmonize's ex-girlfriend Jacqueline Wolper got engaged over the weekend to her baby daddy Rich Mitindo.

Wolper gave birth to a child fathered by the businessman and fashionista in May.

Taking to Instagram, she shared how happy yet emotional she is to have been asked for her hand in marriage.

"There's nothing better than being engaged to a man you love. God has fulfilled His second promise after I got a child," she said.

"I have heard people say that this is my 4th or 3rd proposal and yet I've cried. Yes, I cried so much that I even cried some more when I got home."

This is her second engagement after breaking up with Harmonize.

Jacqueline Wolper kept her other relationships a secret until May last year, when she was engaged to model Chidy Designs. The two stayed for three months after the proposal and called it quits.

She was the first public girlfriend Harmonize had just right after he was signed by Diamond Platnumz on WCB.

At the time, Wolper was well known for her roles in Bongo movies. Fans thought they were going to walk down the aisle.

Wolper accused Harmonize of infidelity, while the singer accused the actress of being funded by rich men. He released a diss song after their breakup, 'Nishachoka'.

Early this year, Harmonize got into trouble after he was alleged to have been dating a mother and her child, Fridah Kajala and Paula Kajala, the latter who is now dating Harmonize's rival Rayvanny.