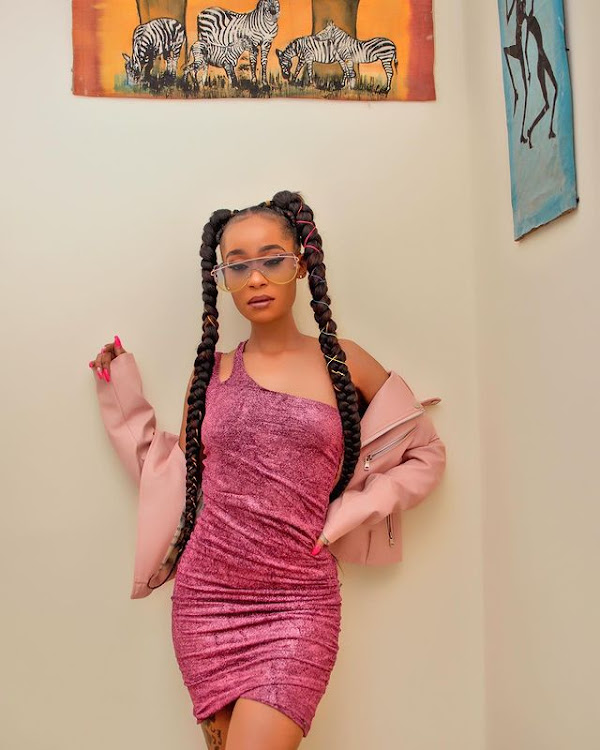 Rapper Noti Flow is single again after breaking up with her girlfriend, King Alami.

Noti, who confessed to being gay, said King Alami became violent to her after an argument.

She described her ex-girlfriend as a psycho.

"We had a normal little argument and she went all rampage. She started to punch the walls, hurting her wrists, and when I tried to stop her, she bit me on my shoulder and hand," she wrote.

"She held knives at me and threatened to kill me and kill herself if I break up with her! She strangled me, so I couldn't scream for help! I was out of breath for seconds, I thought I died.

"Love doesn't just vanish no matter what someone does. It's unfortunate we can't be together."

She is not planning to get back with her now ex-girlfriend.

"But if I ever do and was found mysteriously dead, just know she killed me Mr kidding. Chick is capable of murder. She, so dark," she said.

Noti Flow now says she is taking a break from dating. This is not the first time she has been in an abusive relationship.

Before hooking up with King Alami, the singer had been abused by her ex-boyfriend, leading to a police case.

In a candid conversation, Noti Flow addressed the violence she has faced at the hands of her male exes, saying she is quite happy in her current relationship.

She hoped that her new relationship with a woman would heal her trauma from her previous relationships and did not foresee facing the same with King Alami.

Michelle is my friend not wife, says Makena
Someday, somewhere over the rainbow, we’ll all be free
by ELIZABETH NGIGI Lifestyle, Entertainment Journalist
Word Is
26 July 2021 - 06:35