Why Omosh is in DJ Shiti's skits

Shiti says it is a way of helping each other

• It is a second lease of life for Omosh, who recently needed public support 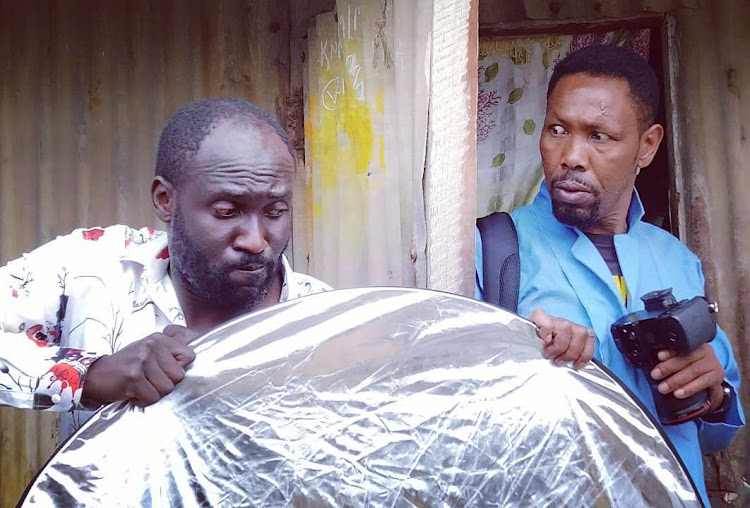 Comedian DJ Shiti says he featured former Tahidi High actor Omosh in his skits since he is an admirable person to work with.

Speaking to Word Is on Wednesday, Shiti said Omosh is also so spiritual.

"Before we start working, he prays. After finishing, he prays. Most of his examples are from the Bible, so it's easy to work with him," he said.

According to the former Real House Helps of Kawangware actor, he didn't work with Omosh in search of fame.

"He is legendary. He is one person I admired to work with. He was ahead of me in this game. I did not take him because he was trending, it was a way of helping each other."

The comedian promised to feature Omosh in more of his works in future to help him rise back to his feet.

We are being trolled because of Omosh, says Miss Morgan

She accused him of shaming Tahidi High alumni with serial begging
Sasa
1 month ago
How to recover from huge setbacks in life
by ELIZABETH NGIGI Lifestyle, Entertainment Journalist
Word Is
16 July 2021 - 00:00