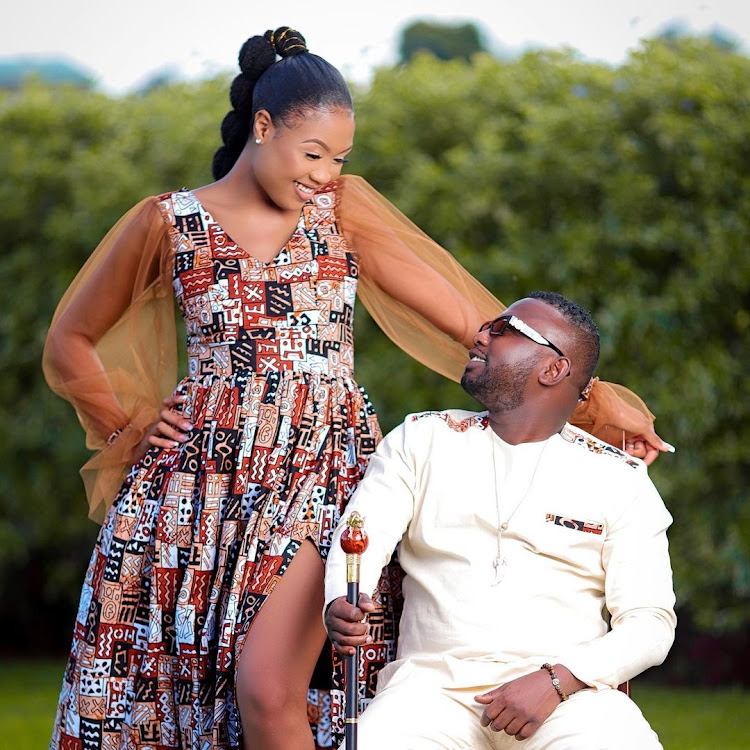 Word spread like wildfire when a tip was sent to blogger Edgar Obare that the newlyweds got into a heated tiff after the Sunday night album launch by Bahati hosted at Trademark Hotel.

Taking to social media, she added, "Nothing can dim the light that shines from within. Blessed is the woman who chases no one, needs no validation and handles her business like a boss."

Showing off her man, Aeedah shared a photo of herself and Senator Anwar with the caption, "Nobody is you and that is your power."

To her haters, she said, "The tea is cold, humans always give stale stories." Adding, "When they have nothing to say, they talk lies."

Aeedah wed the Lamu senator weeks after his ex, Saumu Mbuvi, accused him of domestic abuse.

Saumu broke up with the senator over domestic violence accusations.

“He almost killed me. I will forever fight for women to stand for their rights. Never allow a man to be violent to you," Saumu told fans via her Instagram stories.

Anwar admitted to beating her once.