Why Bahati and Diana Marua have not yet done a wedding 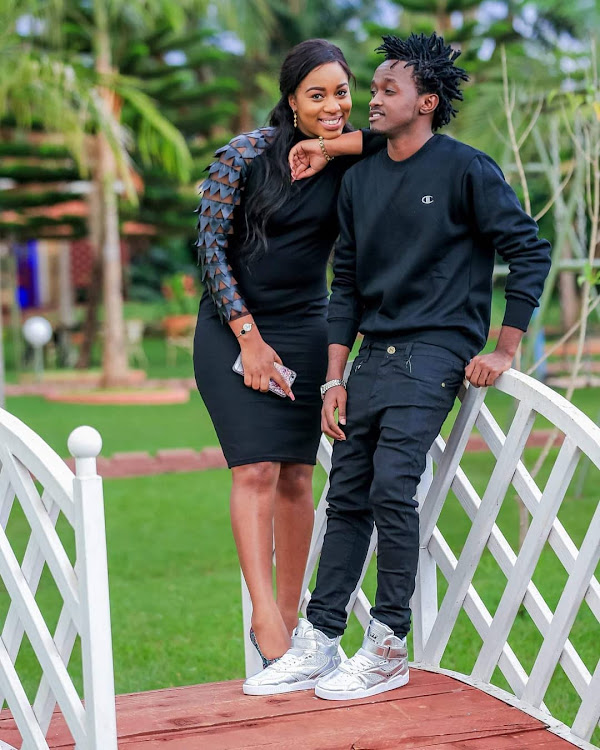 Diana Marua says she is not legally married to the father of her two children, Bahati.

Speaking during the launch of his new album, 'Love Like This', Diana said the reason they are not legally married is they want their children to be able to understand when the two hold their wedding ceremony.

"We are not legally married but we are set to start our wedding plans very soon," she told Word Is.

"I just wanted my son to grow up to know and understand that my parents are actually walking down the aisle. Not this year but soon."

The two have been living together for a while now and have two children together. Diana said she does not see Bahati as a star, but as the father to her kids and a friend.

Bahati, Diana to wed after corona

"When he has his low moments and so on, it is not something big to me. We are not there for the people, we are public figures, but at the end of the day, we have our own family issues that we keep to ourselves."

Speaking about the album, Diana gushed over her husband, saying she loves the album and has been supporting him fully in the music.

"There is no reason to be insecure, I know my man. He knows me and we are a family. This is his work and so I'm here to support him fully. My favourite song from the album is 'Sweet darling', he has featured a Burundian artiste. It was the first song."

Diana also revealed their reality show will be back on a screen near you.

He fears his marriage will fail like those of his peers
Sasa
3 months ago
by ELIZABETH NGIGI Lifestyle, Entertainment Journalist
Word Is
15 June 2021 - 07:10