Samidoh and I wanted baby on his birthday, says Nyamu

It was her expected date of delivery but the baby delayed, she says 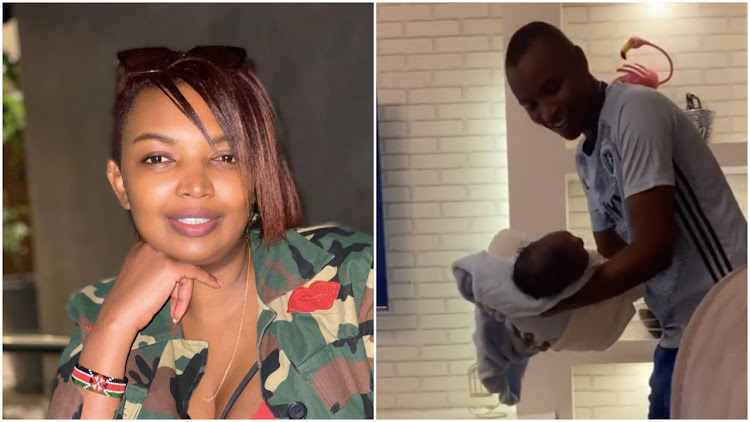 Politician Karen Nyamu has spoken about the pregnancy journey of her secondborn child.

Speaking in a recent YouTube interview with Picha Clear films, Karen said she discovered she was pregnant after two weeks.

She welcomed a son with Mugithi star Samidoh last year. "I went to work to the very last days," she said.

After her last scan, the doctors discovered her baby was breech. This occurs when the baby is positioned head-up in the woman's uterus, so the feet are pointed toward the birth canal.

She was told to book for a CS at the 37th week, but she wanted to give birth normally.

"I had been talking to God and I knew this is not what I had told God. I Googled how to change the position of a baby, and one of the things I was required to do was to swim a lot," she said.

"The baby turned when I visited the last scan. I was so excited until I shed tears in the hospital. I did not want a CS."

During the interview, Karen said she was targeting to give birth on November 1 for personal reasons and her expected date of delivery was around that date.

"My baby daddy Samidoh and I wanted us to welcome our son on that date."

According to social media, that is Samidoh's birthday. "But the baby delayed and I had to go to the hospital myself."

Karen encouraged women to go to antenatal clinics in government hospitals, which are free, if they cannot afford private ones, to avoid getting complications at birth.

Why do people scare mothers-to-be with warnings and dreadful stories?
Sasa
1 month ago

She said her son refused to breastfeed after three months, something she says is hard for her.

"At some point, before two months, some things needed my attention. My baby was introduced to formula very early. In the midst, he started experiencing colic and so we majored on giving him formula milk. By the time I was analysing my diet to stop the colic, my baby refused to breastfeed," she said.

"It is so heartbreaking for a mother coz sometimes when your baby cries and you breastfeed them, they are sorted. I have to look for other tactics. I feel there is so much I am missing. I feel like there is a bond that is broken.

"These days I try as much as possible to sleep with him in my bed. That is how I bond with him."