• Many people believes a 'real woman 'should undergo the pain of labour. Women who opt for C sections are perceived as weak and unable to bear pain.

• “I even told the doctors I will wait  as long as it takes. In my community, C-section is not an option and someone would rather undergo the pain of waiting and sometime lose the baby instead of having a C-section," one woman said. 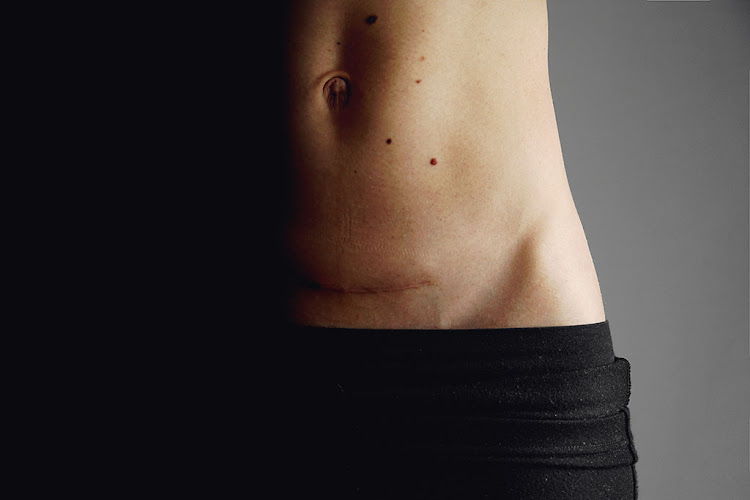 “Women should give birth naturally. Nowhere in the Holy books does it  say Mary or Elizabeth or Sarah gave birth through Caesarean section.”

Women often face these comments whenever the question of whether to have a C-section arises.

Caesarean section, also known as C-section, or caesarean delivery, is the surgical procedure by which a baby is delivered through an incision in the mother's abdomen, often performed to save the child's or mother's life.

Sometimes the woman's pelvis is narrow and the head will not pass through the vagina. There are other conditions as well.

Often, C-section mothers are viewed as lesser mothers or lazy mothers  compared to those who deliver 'normally'.

These perceptions and traditional beliefs have caused some women to lose their babies, even their own lives, despite doctors having recommended the procedure practised worldwide.

Busara Naaman, a Nairobi-based journalist, is a victim of the mistaken notion that a woman has to endure the labour pain to be considered a real mother.

This perception almost cost her life and that of her baby.

In 2019, while her due date neared, Naaman was expecting a normal painful labour and delivery.

She said her skin takes a long time to heal, even for normal wounds and therefore did not want to undergo a section CS because she was sure it would take centuries to heal.

But two weeks after her due date, there were no labour pains.

She dragged herself to the hospital and after a checkup, doctors admitted her.

“My cervix had refused to open up which led to days of suffering as I tried to prove myself to society," she said. Drugs to dilate the cervix and induce labour didn't work.

On the first day, doctors suggested she undergo a C-section but she and her whole family opposed it.

Four days later, after her sleepless nights, the birth canal failed to dilate and she was clinging to hope she would still have a natural birth.

“I even told the doctors I will wait for as long as it takes. In my community, CS is not an option and someone would rather undergo the pain of waiting and sometimes even losing the baby, instead of having a C-section," she said.

While she kept hoping for a miracle, the baby in her womb was getting tired and every minute was precious.

Naaman said even her baby's heartbeats had slowed significantly.

Worried doctors sent her to the referral hospital in Malindi where doctors immediately recommended a cut to save her baby's life and her own.

Her family rejected that option and asked the doctors to be patient. They refused to sign consent documents. They insisted on waiting at least three more hours and then said they would decide.

Having carried the baby for nine months, Naaman said she had to make her own decisions.

“When my family left my hospital room, I asked the doctors if I could sign the consent documents, and they agreed. When my family returned, they found me being wheeled into the theatre," she said.

The surgery was successful, mother and baby were safe and healthy.

Her family was offended and mortified and would not tell anyone how she gave birth — it would be a blot on the whole family's reputation. They said the labour was long and the birth was natural.

But lies seldom stay hidden. As Naaman was unaware of her family's 'lie', she told people the truth, that she had a C-section.

This did not go down well with most of her extended family and friends as she was seen as a woman who could not endure pain.

It reached the point where she avoided the question and any conversation about giving birth. 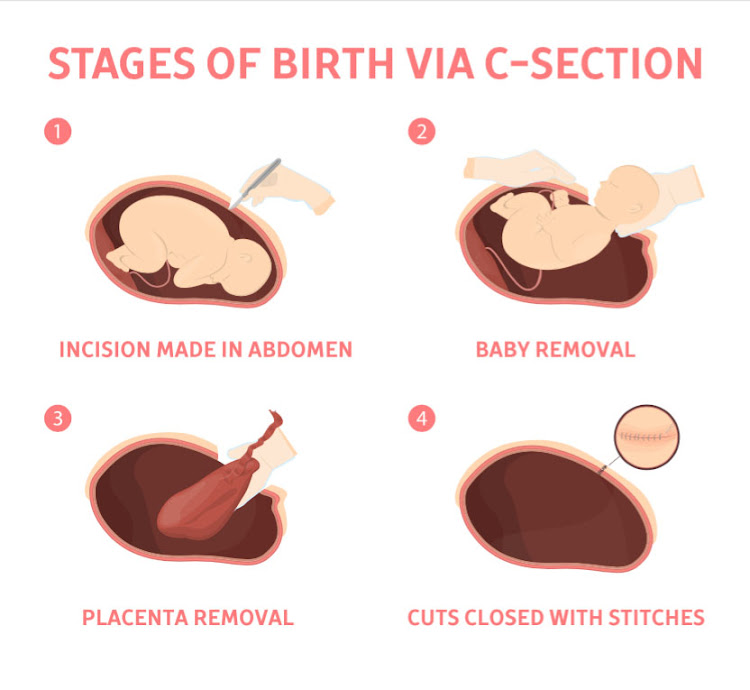 Why should a woman endanger her life —and possibly her baby's — just to fulfil society's expectations?

Anything less than that is considered a selfish shortcut.

A Kiswahili saying goes, “Uchungu wa mwana aujuae ni mzazi,” which loosely translates to "A child's pain is only known to a real parent."

“You are viewed as weaker person who could not endure the pain of bringing forth a life. They cannot fathom on why someone else can endure the labour pain but not you,” Naaman said.

Most of the communities fail to distinguish between an elective C-section and an emergency procedure where the lives of mother and or child depend on the 'theatre knife'.

Naaman wants to correct the prejudice against her by delivering naturally in her next pregnancy, since the C-section that saved her life still haunts her.

She said communities need to be educated and made aware that sometimes a C-section is necessary and can save lives.

Many communities are still burdened by myths involving religion, culture and tradition.

A Bible verse commonly used or misused to oppose C-Sections is John 16:21: “When a woman is giving birth, she has sorrow and pain because her hour has come, but when she has delivered, she no longer remembers the anguish, for joy that a human being has been born into the world."

While some undertake the procedure for their own personal reasons, such as fearing labour pain and wanting to avoid stretch marks, most C-sections are done in medical emergencies.

“We have people who also think a mother is not a mother if she does not experience the pain of childbearing. They forget all mothers brought lives to this world,” he said.

Instances where a C-section is necessary include multiple births, such as triplets; when the placenta has disassociated from the baby; potentially fatal preeclampsia characterised by high blood and hypertension and vigorous bleeding.

C-sections are common in the United States and are very popular and expected in Chinese cities where many busy doctors would rather perform C-sections than wait for natural births. If a woman wants a small 'bikini' car, she may present her surgeon with an extra-fat envelope.

Healing after a C-section takes much longer than healing after a vaginal delivery and complications are more likely. Many medical organisations say too many elective surgeries are performed.

Marjan said aside from traditional beliefs, especially in rural communities, most religions allow CS as long as it is about saving the mother and child.

Instances where a C-section is necessary include multiple births, such as triplets; when the placenta has disassociated from the baby; potentially fatal preeclampsia characterised by high blood and hypertension and vigorous bleeding.

Marjan said they are guided by the WHO guidelines to focus on the needs of the patient and not to increase the rates of C-section.

WHO says medical practitioners should not undertake caesarean sections to meet a target but focus on the needs of patients.

As soon as the doctors confirm the situation of a patient and the need for a CS, the woman and her immediate family members are taken through counselling to familiarise themselves with the patient's situation.

Family members — or the patient herself — sign consent documents before the procedure.

When there's no consent, doctors have no option but to watch as the patient and often the baby lose their lives.

“Doctors are required to be ready in case the family changes its mind and they consent,” Marjan said.

While Kenya adheres to the standard law of consenting to the procedure, in some countries court orders override consent guidelines, as in the case of a family refusing any surgical procedure for religious reasons.

In such cases as C-section, doctors are required to swiftly file a case in medical court that will swiftly issue orders sanctioning the procedure.

Contrary to widespread belief,  caesarean sections were not named after the Latin word caesus meaning 'to cut'. Emperor Julius Caesar was not born through a Caesarian section.

C-sections — the delivery of a baby by cutting open the abdomen and the womb — dates to the late Bronze Age. A stone cutting tool was  probably used. This was usually after the woman died.

The ancient Romans first developed C-sections as a medical procedure, documented in the law called Lex Caesaria. It said if a woman died during childbirth, the womb had to be cut open and the baby removed.

It is said the law was motivated by custom that forbade burial of a pregnant women  — not about saving babies.