I lost job while wife was pregnant, says Mustafa

• He was retrenched from Hot 96, only earning 'a few shillings' from show's episodes 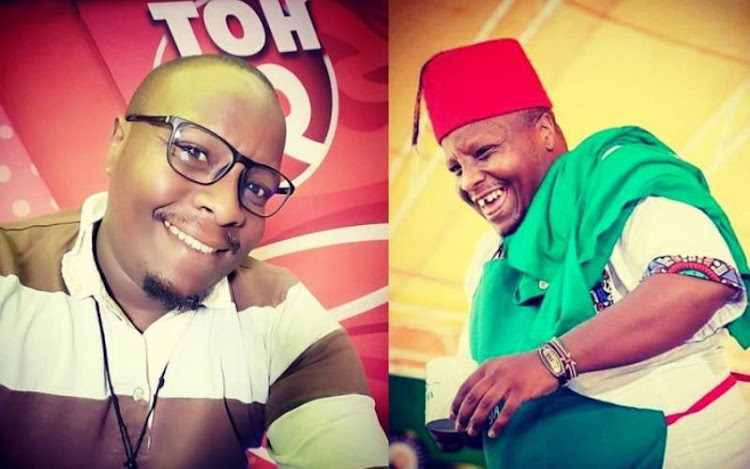 'Mother-in-Law' actor Andrew Muthure, alias Mustafa, has opened up on his struggles during the past few months.

Speaking during an interview with Hiram Maina, the actor said he lost his radio job and struggled to make end meets.

"I was on Hot 96 for five years and unfortunately, I was retrenched alongside a few others. That was very difficult," he said.

"My wife was pregnant at the time, she had a very difficult pregnancy and was on bed rest throughout. My severance package was all spent out on bills."

Mustafa added that members of his family came through for him and helped him pay rent.

"I have survived through prayer. My family members have been my heroes for they bring me food, help to pay rent, and offer encouragement," he said.

"God has been with me all through. I have a very understanding landlady, and she knows how tough things are.

"I don’t have much I can call work, and I still live off my extended family. There are a few shillings that come from 'Mother-in-Law' episodes that I did last year. I am diligently looking for work," he said.

He added that his greatest fear is dying poor, something he has seen happen to many in the showbiz industry.

"We have had lots of Kenyans celebrities who are just big on TV and end up dying paupers. That’s one of the fears I experienced when I got fired from radio," he said.

Broke and depressed after fame
by ELIZABETH NGIGI Lifestyle, Entertainment Journalist
Word Is
17 May 2021 - 07:05