Why Nameless and Wahu took long to work together

Working together as a couple is no joke, they say 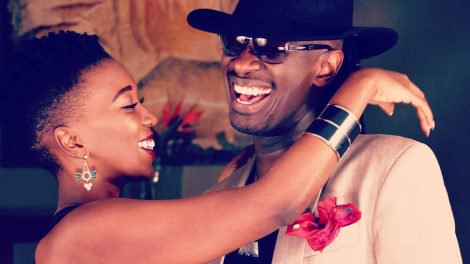 Nameless says working with his wife Wahu on their 'Te Amor' hit song was not easy.

‘Te Amor’ was the first song they did together despite being in the industry for more than two decades.

Speaking during an interview with Milly Chebby, Nameless said, "At first, we had said do your projects and let me do mine, but it reached a point we decided to merge and create this dynamic duo."

Adding, "Sometimes you can be in a marriage but different places in life. Plus working together as a couple is no joke."

Wahu said, "We would record something but would end up not being happy with it. Then two years ago, Bien suggested we do an album instead of stressing about a single song."

Nameless and Wahu present Te Amo, a song that talks of flirty,fun, light, love and initial attraction between a man and a woman. Written by up and coming artist ...