• Hamo denied the allegation, said he has been providing for his children since day one 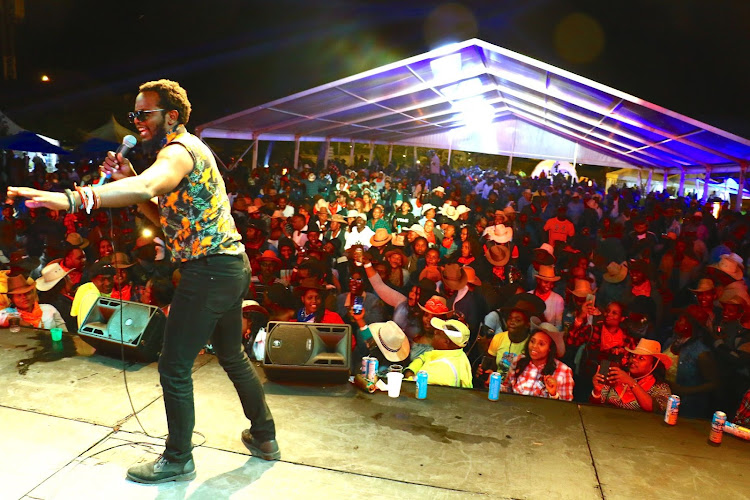 Comedian and radio host Herman Kago, popularly known as Prof Hamo, has distanced himself from allegations made by fellow comedian Jemutai, who said he is the father of her two children.

She said she first met Hamo while on Churchill Show and the two began a friendship that progressed into an affair, although Hamo already had a wife and family in Nakuru.

She said Hamo has rejected her and her children and that she is in a financial crisis, seeking help.

"My name is Jemutai and I am a comedian and a mother of two. I am a single mother and life is becoming even harder every day. I have lots of rent arrears," she said.

"I have no other choice so I am selling my Facebook account to anyone in business, it has over 850K followers, it goes for 2bob per follower. I want to be able to start a business and take care of my kids."

Hamo put out a statement on Instagram, saying he has been providing for his children since day one and there is no day they went without the basic needs.

"My wife sends upkeep for the children who don't live with us. This has been the agreement between my family and the mother of the children."

Hamo added that he wished to protect his children and safeguard their privacy and not engage in mudslinging.

"Sometimes people can get frustrated when they are not able to get everything they wanted especially when unseen challenges arise," he said.

"I have been a present dad to all my children and will continue to work and take care of them."

He concluded by saying he is lost for words as he does not understand where all the allegations are coming from but said he prays for peace.

Jemutai had denied dating Hamo three years ago, but she now says the reason she decided to come out is because Hamo had allegedly blocked her phone number.

Broke and depressed after fame
by ELIZABETH NGIGI Lifestyle, Entertainment Journalist
Word Is
02 May 2021 - 09:28