Mulamwah happy, scared of second attempt to get a baby 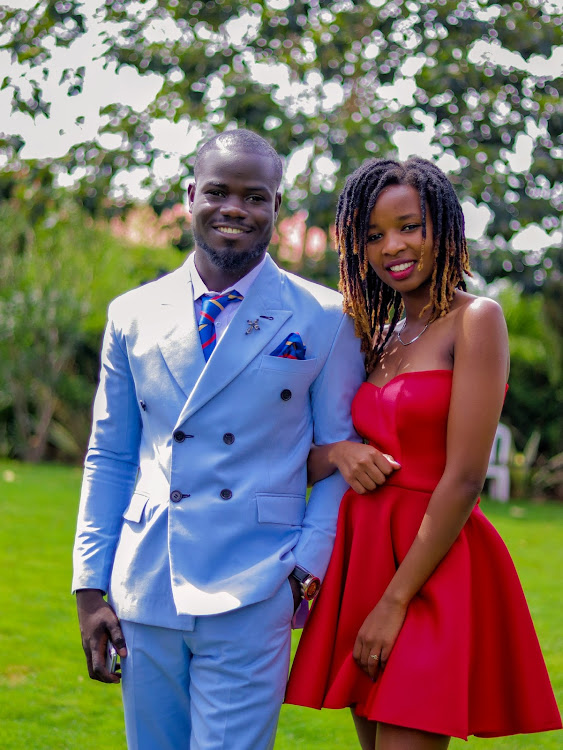 Comedian David Oyando, alias Mulamwah, and his girlfriend Sonie are expecting a child after suffering a miscarriage last year.

On Friday, the young couple shared the good news on social media, saying Sonie is 17 weeks into the pregnancy.

Mulamwa wrote, "We thank God for the blessings. May He see us through to the end as we open a new chapter in life. 17/42."

Sonie put up her video, saying the journey has been full of ups and downs but they are grateful to God for the protection.

Speaking to Word Is, the comedian said they feel scared about the outcome of the pregnancy journey but at the same time happy that they got to their feet and took another shot at getting a child.

In August last year, Mulamwah opened up about how the loss of his unborn baby affected him.

He said it was not easy to accept that they had lost their child as he kept struggling with the bitter truth until he had to go for counselling.

He also said the loss affected him in all aspects of life based on the fact that he was ready to welcome a new member into his family.

"We were both going through different stresses as a dad- and mum-to-be. At first, it was really difficult to accept what had transpired and it also really affected us financially due to the medical bills," he said.

"After the dust settled a bit, we had some differences on when to try again. I was for the option of growing with my kid, which means getting one early, but for her, she wanted a bit later. But we talked and consulted medics and came to an agreement."

Asked whether the loss of their unborn baby affected their relationship, Mulamwa said they disagreed and temporarily broke up in October last year.

Mulamwa made their breakup public by wishing Sonie the best in her endeavours.

He also appreciated her for being instrumental in his well-being for the better part of 2020.

We are not barren or infertile, we are just but ‘waiting wombs’ —...
Post a comment
WATCH: The latest videos from the Star
by ELIZABETH NGIGI Lifestyle, Entertainment Journalist
Word Is
12 April 2021 - 00:00
Read The E-Paper