• Personalities share their lives and their influence on their industries 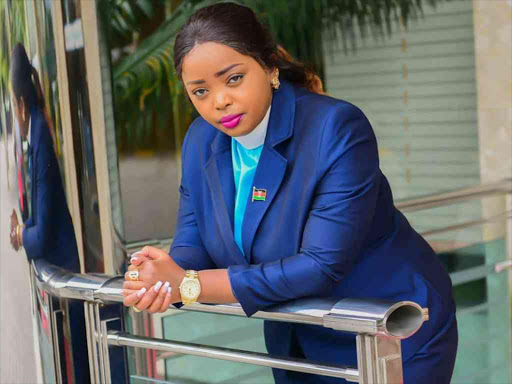 Season 4 of 'Stori Yangu', an in-depth and intimate profile documentary show featuring celebrities, politicians and other prominent figures, is back on Maisha Magic.

Rev Lucy Natasha is in line to feature this season. The first episode aired last night.

The documentary tells the stories of Kenyans who have contributed to our society in different fields, from public service to business and even entertainment.

Personalities featured share their lives and their influence on the politics, business, and entertainment scenes and those around them, be it family, friends, colleagues, employers or competitors.

“Stories about people attract curious attention and stories about famous and influential people are a staple for TV audiences," she said.

"Our society is not short of people with inspiring stories that need to be spotlighted to inspire generations.

"Stori Yangu is a celebration of our strength and resilience as a people and our audiences continue to identify and draw from these fascinating stories season on season.”

Season 4, which has 13 episodes, will be a cocktail of personalities, profiling political leaders, athletes, media personalities, religious leaders and corporate executives.

The documentary is produced by Young Rich TV, headed by executive producer Euguene Mbugua, the brains behind other popular TV shows and documentaries, such as 'My Perfect Wedding', 'Foods of Kenya' and 'Sol Family'.