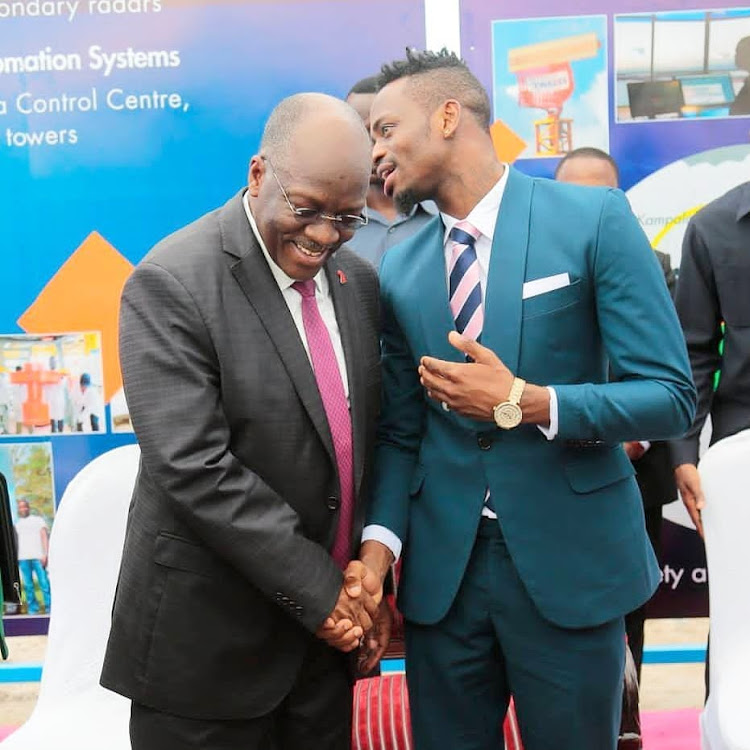 Tanzania's President John Pombe Magufuli was a supporter of the entertainment industry.

His death was announced in a televised address on Wednesday night by Vice President Samia Suluhu Hassan who said Magufuli had died of heart complications.

In 2019, Magufuli said in public that Sauti Sol's song Extravaganza was his favourite.

Extravaganza is performed in the Kiswahili language with a touch of rhumba.

The head of state praised the boy band for the beautiful song, saying he drew inspiration from it.

He quoted lyrics from the song "'...Na wakifunika wanafunua, sasa sisi ni hivyo hivyo.' They always do anything they want to and no one stops them from doing anything."

"I feel good when I see Ali Kiba seated next to Diamond. When you see Harmonize who left Diamond praising him in public, that's the unity I want. I thank you so much and thank you for supporting CCM (Chama Cha Mapinduzi)," he said.

Ali Kiba and Diamond have been rivals for years, leaving Bongo Flava fans with little choice but to take sides.

Harmonize got into Diamond's bad books when he left the star's record label WCB to start his own, Konde Gang.

Harmonize and Rayvanny paid tribute to their President by releasing songs hours after his demise. Diamond also shared insta stories of him with other Tanzanian artists in studio.

Sauti Sol, after learning of the President's death, posted a video of Magufuli speaking about Extravaganza on social media with the caption 'Safiri salama'.

Word Is reached out to Bien, one of the boy band members, who described Magufuli as a brilliant leader.

"When an elder passes away, a library burns. This is because a lot of information has gone," he said in a phone interview.

"He was a big supporter of Sauti Sol and we are very grateful to him as a leader. He tried to change the [lot] of Tanzanians and we are sure they gonna remember him for that."