How to avoid being conned in showbiz

Kid Kora is the latest artiste to claim he was shortchanged

• MCSK boss emphasises the importance of having agreements in written beforehand 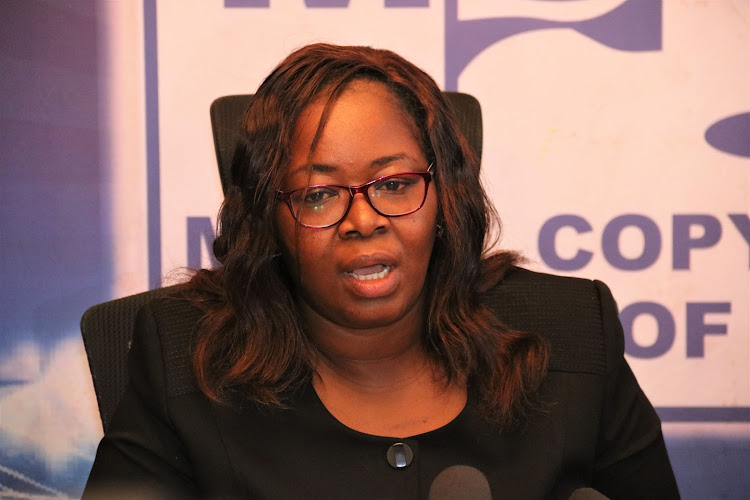 MCSK CEO Milka during a press conference on distribution of performance in public places at the MCSK headquarters Nairobi on Thursday 27th Feb 2020
Image: WILFRED NYANGARESI

Over the past few years, stories of celebrities owing each other money have been on the rise.

The latest case is when former Kansoul member Kid Kora called out his fellow artistes Mejja and Madtraxx over withheld payments, citing it as one of the reasons he left the group.

He shared a photo of the hip hop trio and captioned it, "I am the one with the name of a thug, but you all are the real Wakoras."

When the Star reached out to Mejja, he declined to comment on the issue.

Speaking to Sasa Digital, MCSK chief executive Milka Kulati said that as a group artiste, there is usually an agreement that artistes are supposed to sign to show that they worked together in a particular song and hence the royalties are also supposed to be distributed equally.

"There is also that particular time when you get that one of the group members claims to have done the major contribution in a song. At this point, they will agree that he or she will also get the highest percentage than the rest of the group members."

Milka adds that whenever all artistes who register at MCSK sign a declaration form, they always refer to royalties.

"They usually indicate what amount each member is supposed to get whenever there are royalties," she said.

"Another form of agreement is when a songwriter decides with his other group members that they will give them a certain amount of money, let's say half a million, and they should never ask for any other coin after that."

She advises all musicians to always sign an agreement whenever they start working together.

Pay me and grow up, Kid Kora tells The Kansoul

Tanasha explained that she rarely handles her finances during video shoots but was stepping in since her reputation was at stake.

"Had I known this earlier, this would have been long sorted. I would like to state that the payment has been made,” she said.

"I apologise on behalf of myself and my team for my inconveniences caused. This was not done deliberately, our schedules have been extremely hectic recently. However, it’s no excuse."

Music producer and businessman Tedd Josiah told Sasa Digital that sometimes, some people do not take others seriously when it comes to business.

"You will realise that kuna madharau fulani kwa kazi, and even when such happens, they don't find it a big deal."

He advises that in whatever circumstance, the parties should amicably solve their differences.

"I have been there but it is when I started. Someone promised to pay me after working for them but they failed. Luckily they did later."

Others who have been mentioned as owing people money include comedian Churchill, who responded to the allegations with a verse from the Bible.

The Churchill Show host tweeted, "One day you will know the truth... and the truth shall set you free."

How people get conned at Luthuli Avenue
by ELIZABETH NGIGI Lifestyle, Entertainment Journalist
Word Is
05 March 2021 - 22:53