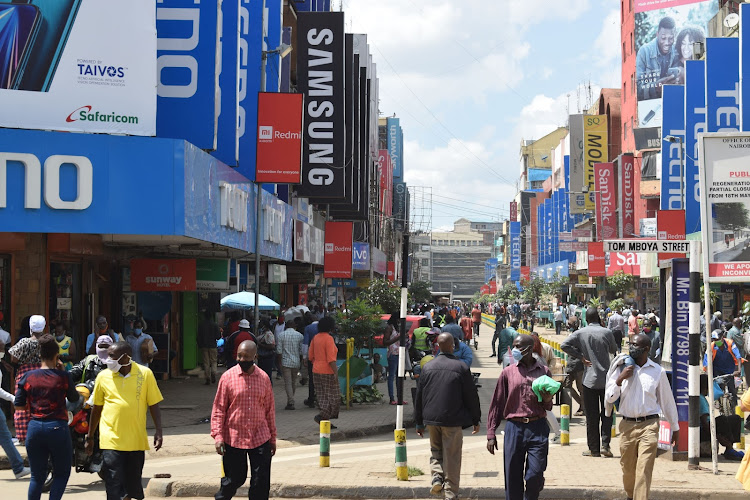 It's business as usual on Luthuli Avenue
Image: CHARLENE MALWA

Nairobi’s Luthuli Avenue has a spacious new look after a facelift completed by the county government in 2019. It seems, though, that old habits die hard on the street that was once Kenya’s leading source of household electronics.

Any lucrative business is bound to attract characters who wish to reap where they did not sow. Criminal behaviour in the consumer electronics business at Luthuli Avenue has evolved from simple tricks by con-artists to outright violence, as a recent case shows. Three electronics traders from a shop located on the street are facing assault charges for allegedly beating up two customers who had demanded a refund of money they had paid for a television.

Lucy Muoki is among many Luthuli Avenue victims. Lucy went into town one weekend, hoping to buy a flat screen TV she had seen before and for which she had been saving. She got into the shop, found the TV she wanted, negotiated the price and paid. That’s when drama started.

“First, the shop attendants demanded I buy a digital TV decoder. I told them I already had a decoder at home and that I did not need a new one, but they forced me to buy it,” Lucy recalls. The ordeal was not over as the attendants demanded additional money for what they called, “licence fees” that every TV must have. In reality, the government abolished licence fees for personal TVs and radios many years ago.

“We argued and I told them they were being dishonest. They refused to refund my money,” says Lucy. In the end, she was forced to pay for things she did not need in order to leave with the TV. Lucy wishes she had gone to a supermarket to buy the TV. “You can’t negotiate prices in a supermarket but at least you don’t get conned,” she says.

The latest criminal case involving Luthuli Avenue traders has encouraged many people to speak up online. The stories include being forced to take an inferior item after paying for a high quality brand, being falsely accused of breaking an item in the shop, and being forced to pay for accessories that should be free. A common trick is to switch items during packaging. The consumer gets home to find either a broken electronic item or something of inferior quality. Some people have claimed they were threatened with violence for returning defective items to the shops.

Gray Kassich, an IT expert in Nairobi, says he prefers buying electronics from supermarkets or brand dealerships to avoid getting conned. “Luthuli Avenue has been like that for many years,” he says. Other stress-free sources of electronics include credible e-commerce websites, but one has to watch out for fake sites operating on social media.

All in all, consumers should have realistic expectations of what they can afford. It is best to check around to get an average price for the desired item. If you find a shop where the price is too low, it’s probably not the real price for the item.

This story first appeared on Sasa Digital, which is published digitally on Sundays. To read more like it, go to mgazeti.co.ke