Harmonize told me Kajala was a sister, says ex-wife

He cheated on her from the beginning with his now girlfriend, she says 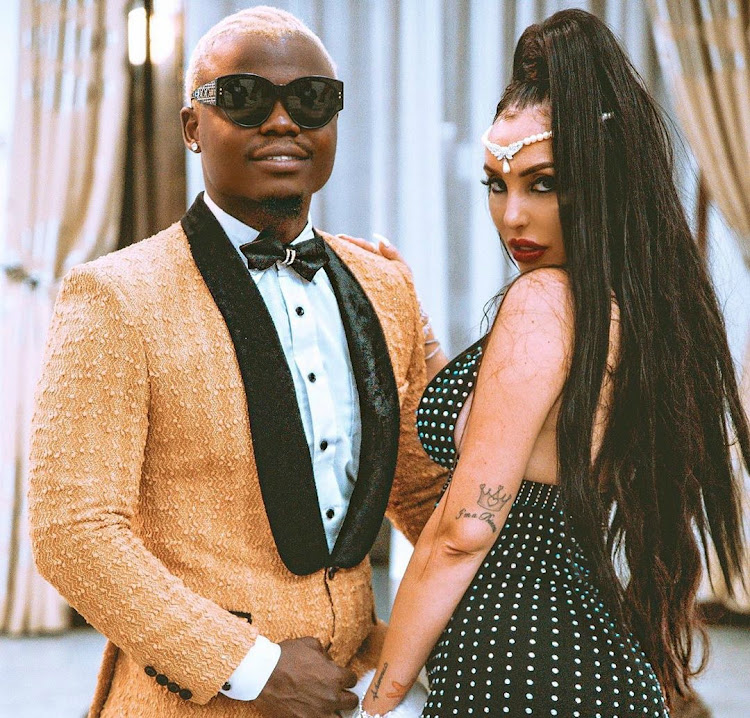 Harmonize's ex-wife Sarah has for the first time opened up about their divorce. Harmonize tied the knot with Sarah Michelotti in 2019.

Speaking in an interview with Millad Ayo, Sarah said Harmonize cheated on her with Kajala from the start of their relationship.

"Everything started last year in March. Harmonize changed a lot, he used to leave me alone at home, he would pick fights just not to come back home."

Sarah added that in July last year, she went to Italy but Harmonize was not checking up on her.

"He started dating Kajala in October 2020 and I came back to Tanzania in November and when I asked him about the relationship, he said she was his sister and he couldn't date her since she is old and that they are just friends."

Kajala is a renowned Bongo movie actress and the baby mama of legendary Tanzanian producer P Funk Majani. Together they have a daughter who just completed her O-level studies this year.

Sarah and Harmonize met when he was dating Wolper Stylish.

In a past interview, Wolper said Sarah was the reason she broke up with him.

During the interview, Sarah confirmed that, saying that he was not only dating Wolper but also Kajala and that she saw some messages.

"I am sorry!!! I have put my family and myself in a bad situation."
Sasa
1 year ago

"I do not have a problem with Kajala but with my husband, since he lied to me."

She added that her lawyer is handling her divorce from the singer and she is expecting to get half the things she got while together.

"On the day he posted a baby, I had officially separated. We had separated again for three months in 2018 and I went to Italy," she said.

"When I came back, he told me he was dating Mama Zu (Harmonize's baby mama) while we were apart and that she was pregnant, although he was not sure.

"I advised that he do a DNA after which we did and it came out negative. I was surprised when he said it is his baby."

The two are no longer in communication.

"My lawyers are dealing with the divorce and we will divide everything we got when we were together."

Terence had cheated on her with a woman called Anita Soina
Sasa
1 year ago
Does marital fidelity matter any more?
Post a comment
WATCH: The latest videos from the Star
by ELIZABETH NGIGI Lifestyle, Entertainment Journalist
Word Is
03 March 2021 - 06:00
Read The E-Paper