She is eyeing politics after achieving everything else she wanted 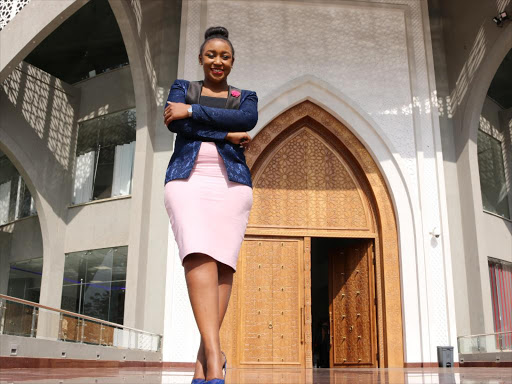 Speaking to Radio Jambo’s Ali Baba, Alinur said, "Betty Kyallo is a good friend of mine, we talk often, and everyone knows she was a media personality. Yes, she wants to run for the seat for women representative in Nairobi."

The two have been spotted hanging out together, and Ali Baba asked what Alinur’s role is in Betty's life.

"We can say you are the mentor to Betty Kyallo?" Ali Baba asked

He further explained that he once invited her to one of his football tournaments in California, and she did not hesitate.

"She was happy and she attended as a mentee."

Asked to clarify his relationship with Betty, the businessman refuted claims that he has been dating Betty.

"I’m not in a relationship with Betty. I’m a family man, a father of two. Sisi kama waislamu tunapewa nafasi nne, we don’t do things chini ya maji. We do things out in the public."

A while ago, Betty Kyallo announced she has an interest in joining politics.

She told Churchill she was headed to the political world after accomplishing several things she had targeted.

"It is in my plan, I have achieved everything I wanted to achieve so far and there are a few things I need to do: package myself and think about what is it that I want to run for, but I will do it."

Why not? Maribe eyes political seat in 2022
by ELIZABETH NGIGI Lifestyle, Entertainment Journalist
Word Is
24 February 2021 - 07:20