She will be advising 15 girls who vie for Eric's heart 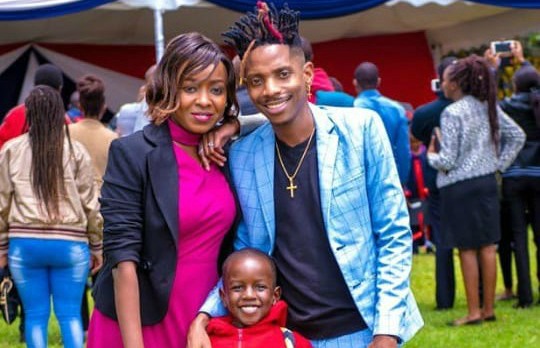 Eric Omondi is still looking for a wife after the first season of 'Wife Material' ended with him still single.

This time, he aims to involve his ex-girlfriends, Jacque Maribe and Chantal Grazioli.

Speaking in a past interview, Eric said he is turning 4o years soon and by now, he should be having a family.

"I can get a wife like this but this is how I want to meet my wife. This time I want contestants who are over 23 years and above from East Africa. I will have 15 ladies in a house," he said.

However, his ex Chantal refuted claims by Eric that she will feature in 'Wife Material' season two.

"Fake news. I will not be appearing on Wife Material," she said.

Speaking to Word Is, Eric said blogs misinterpreted him when he said Shantal will be in the show.

"She was not to be among the 15 girls, no. She was to come in as a pastor or an adviser. I explained to her that. However, she will not be in the country, so she will not make it."

Our reality show is the most watched, says DJ Mo

What about Jacque Maribe? "The show has different parts, like now Jacque is coming in as an adviser," he said.

"What I mean is that she will be the one talking to the girls, explaining to them what Eric likes and what he does not like. She will be giving them tips on how to win my heart.

"There will be respected couples in the show. With that, I mean people like Wahu and Nameless. There will be a pastor."

The dates of when the show starts will be communicated later.

Eric also said he has been looking for love for so long and he is sure this time, he will come out with a serious person to marry.

He said the show cost him endorsements as several companies, among them a betting company, ditched him, citing ‘unethical content’.

Wife material label is a scam

You are being prepared for labour without love.
Opinion
2 years ago
by ELIZABETH NGIGI Lifestyle, Entertainment Journalist
Word Is
11 February 2021 - 07:50