Eric Wainaina: Don't have children out of marriage

• Eric, Valerie are negotiating on how his son will refer to him since he has another dad 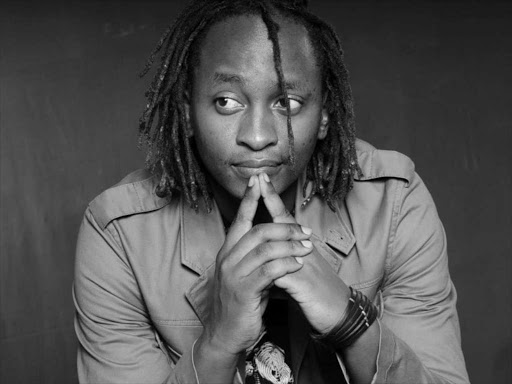 Award-winning singer Eric Wainaina says he would not recommend anyone to sire children out of marriage.

Eric upset fans years ago when the world found out he had cheated on his wife Sheba Hirst with former Tusker Project Fame contestant Valerie Kimani. An affair that brought forth a son who is now 10 years old.

I want to marry a man with children — Zeddy

Speaking on Churchill Show, 'Journey Series', Eric, who has since owned up to his mistakes, said the first challenge was how they would negotiate that particular situation.

"Now we are in a place where he is a big boy and the mother recently got married, and they have a daughter of their own. So the question now is, how will he refer to me because he calls Valerie's husband dad?"

Eric said this should be done by having a tremendous degree of honesty and negotiations.

"When that whole issue was a wound, my mother told me, 'You have to let Sheba lead in this situation.' She is an amazing human who is just and she has stood by me."

How to survive cheating 101

Says the only man she doesn’t entertain in her life is a broke and stingy man.
Sasa
8 months ago

Eric also pointed out that Valerie spent a lot of her time being known as this person who had a thing with Eric and not as the artiste and actress she is.

"The problem is that women always have the raw of this and their career gets even clouded by those kinds of things."

Eric further said he would want her to be known as an amazing, singer, actor and mum to his son.

"A singer who 10 years ago was involved in a situation that was unpleasant. It's about genuine love and concern on how my son will fit in this family. How my daughters will relate to him and his mother. We are in a good place but it was not an easy journey. I don't recommend it to anyone."

Eric and his wife Sheba met in St Mary's School.

He is famously known for his patriotic hit 'Daima Mkenya', a song that still enjoys airplay especially around General Election periods to serve as a reminder to Kenyans to avoid divisive politics.

She says its high time people marry for the right reasons
Sasa
9 months ago
by ELIZABETH NGIGI Lifestyle, Entertainment Journalist
Word Is
18 November 2020 - 00:05