YouTuber told her ex 'even if you don't love me, respect your kids' 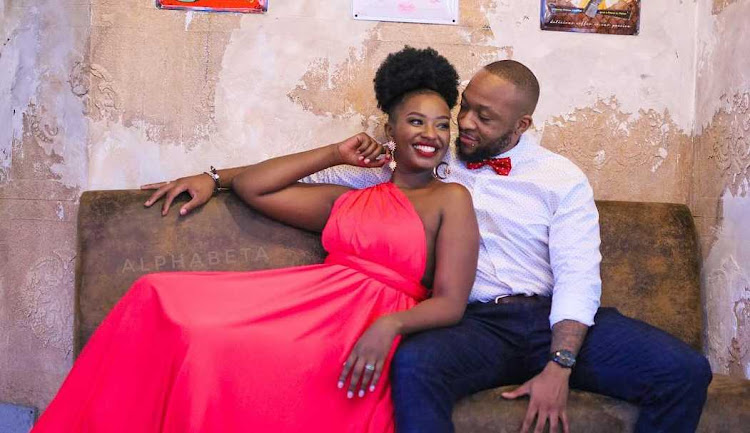 A year and three months after their break-up, emotional baggage is still being unloaded by YouTuber Maureen Waititu and her fitness trainer baby daddy Frank Kiarie (Frankie Just Gym It).

The former favourite Internet couple have been calling each other out on social media on co-parenting lapses, with Maureen claiming she has had "enough".

Maureen hit back in a live session on YouTube on Saturday, where she said it is all a lie and Frankie wants to look good to his fans.

She said Frankie does not even know where his children live and has not bothered to find out.

"Sadly, he had to use a platform to wish my son a happy birthday and dragged my name into it, only for me to be trolled and attacked," she said.

Maureen said since August 10, the father of her kids threw her out of the home she was living in with the kids.

"When he was leaving home, I requested him to buy a small phone for his son Lexxie so they would be able to communicate," she said, adding that he did not do so.

Maureen further said she made things easier and allowed that he calls the nanny and check out on the kids' welfare, if at all he did not want to communicate to them through Maureen.

"Ask him the last time he bought clothes or even toys for the kids,"Maureen added.

Her message to Frankie is that putting long, beautiful posts on social media does not feed the kids.

"Even if you do not love me, at least respect your kids," she said.

She said Maureen is bitter because she sired a child with her ex.

Earlier, Frankie told Word Is he did not want to speak about the issue as it was very personal.

Word Is reached out to him again yesterday, but he did not pick our calls.