She looked at him and said, 'I want to love him the way Christ has loved me'

• Surprised DJ Mo was left asking himself, 'Wait, can someone be this good?' 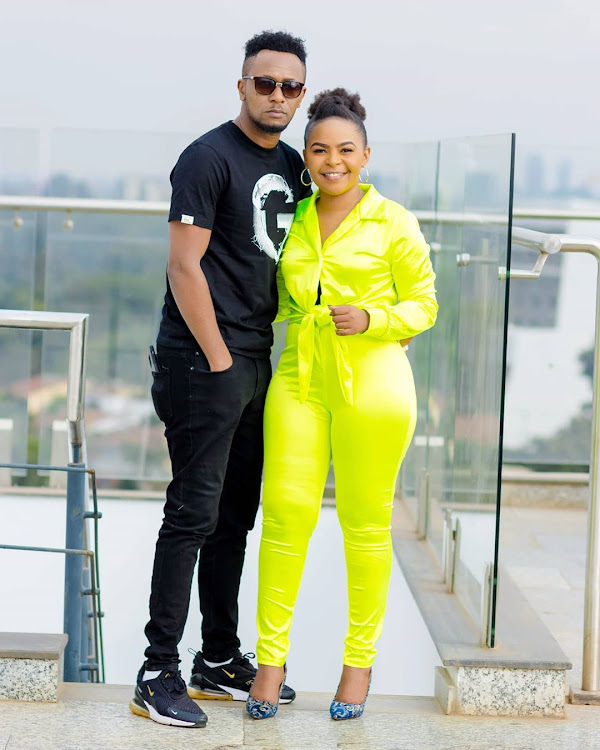 Everything happens for our own good, she preaches.
Sasa
1 year ago

Days after leading prayers for troubled marriages, Size 8 has shocked fans and DJ Mo by being loving instead of grudging over his alleged cheating.

The celebrity couple was in the eye of the storm last week after 'side chick' Margaret Wanyama shared her alleged intimate chats and moments with DJ Mo with blogger Edgar Obare, including photos of DJ Mo while naked.

Size 8 had a meltdown on camera when DJ Mo sought her out, claiming she had been humiliated after the side chick alleged she is slow in bed and does not satisfy him.

But on Saturday she had a change of heart, saying during a live prayer session she had seen the goodness of the Lord in her marriage and that adversities make people stronger.

And on Monday, she appeared with DJ Mo on their reality TV show 'Dining with the Murayas', where the couple made peace after what they called ‘Week ya masaibu [misery]’.

"I did not want this thing to break him or destroy him or whatever the devil wanted to do," Size 8 explained.

Nothing is impossible with God .We only need to connect ourselves to the true vine who is Jesus Christ. When we all love like Christ and act like Christ marriage ...

I looked at him and said, 'I want to love him the way Christ has loved me.' He was shocked, by the way

DJ Mo narrated how he was shocked that his wife was not swayed by the sex scandal that had threatened to shake his marriage to the core.

"Watu walisema, 'Ohh, umefukuzwa.' People can say stuff, but one thing about all this is that I was with my wife'," he said.

A video posted in the show shows Size 8 in a hotel room with DJ Mo, explaining that she wanted the moment to be private so they can pray and work on their marriage.

She explained that netizens will never understand why she did not castigate her husband over the infidelity allegations.

"Most people did not believe me or understand what I did. They thought this was the time I was to bash DJ Mo and throw his clothes out of the window," she said.

"I looked at him and said, 'I want to love him the way Christ has loved me.' He was shocked, by the way."

The power couple Size 8 and DJ Mo once almost ended their marriage after having a misunderstanding. Speaking on NTV’s Wicked Edition, Size 8 said ...
Sasa
3 years ago

"Then my wife is telling me, 'It is okay, relax, I have even booked a place for you. I want us to go and relax.'

"I thought, ‘Wait, what is she planning?’ I thought unanipangia ndio unimalize. Because it is abnormal. We went, we talked and prayed together."

DJ Mo added, "The whole time I was like, wait, can someone be this good? But the whole time I felt, I have a wife, someone who stood with me all this time."

The couple is celebrating their 7th marriage anniversary.

Says the only man she doesn’t entertain in her life is a broke and stingy man.
Sasa
1 year ago
How to survive cheating 101
by ELIZABETH NGIGI Lifestyle, Entertainment Journalist
Word Is
14 October 2020 - 06:49