• She has broken down after a month of heartaches 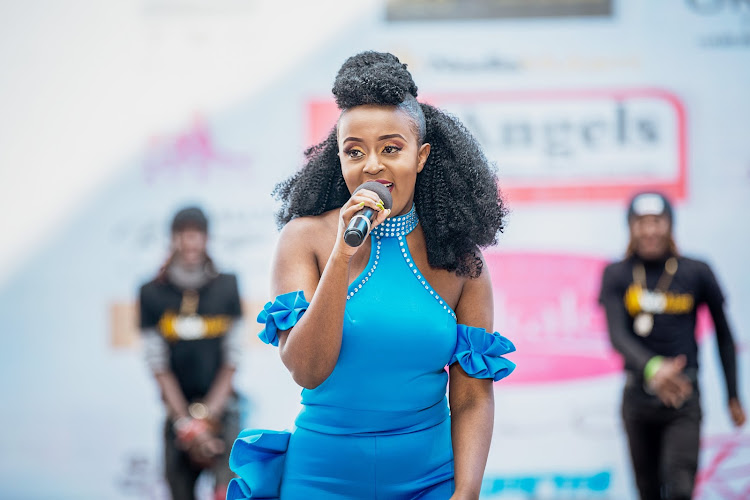 Cyberbullying has taken a toll on celebrities this month. Nadia Mukami is the latest victim of this vice that has increased with the growth of social media.

On Tuesday, the singer announced that she would be taking a break from social media hours after being insulted and bullied online.

In an Instagram message she posted on her page, Nadia said April has been a very tough month for her as she had to deal with constant cyberbullying.

In an Instagram post seen by Word Is, Nadia said she was tired of it all and wanted to take a break from social media.

"Am writing this with tears in my eyes and they are already swollen because of crying! I know they say I am a public figure, I need not show emotions; I will show my emotions," she wrote.

"There isn’t an insult I haven’t received, all levels of explicit insults. This has been a month of one heartache after another, I swear I have broken down.

"I am always the strongest among my friends; they say God doesn’t give you something you can’t handle, I wish he didn’t trust me this much every time!! Am taking a break, I will be back!”

And with that, she disabled the comments section on her post. Her post came shortly after she announced to Kenyans that she had reported a female fan to the DCI for insulting her online.

The singer and her team confirmed through an official statement that they had taken legal action against a female for posting defamatory messages and insults directed at Mukami on a popular Facebook group.

The statement went on to inform the public that the aforementioned also threatened the musician, a move that forced them to involve the DCI.

Her break from social media comes barely weeks after comedian Mulamwah threatened to leave comedy because of the relentless bullying he said he was receiving online.

In the video, MC Jessy, who was the best man at their wedding, made wild allegations surrounding the death of Matete's husband.

Azziad, the Tiktok sensation, came to the limelight after 'Utawezana' dance challenge, but later random people started digging up her old photos, body-shaming her and even comparing her looks for comical purposes.

It didn’t stop there, somehow her phone number was shared publicly and the cyberbullying moved from social media for a few likes and RTs to personal attacks on WhatsApp and calls.

She was forced to change her phone number.