Pays but producers still demand to sleep with her.

• She has lost a lot of money as a result.

• Dismisses the stereotype that Merus are hopeless singers. They can sing like no other in this country. 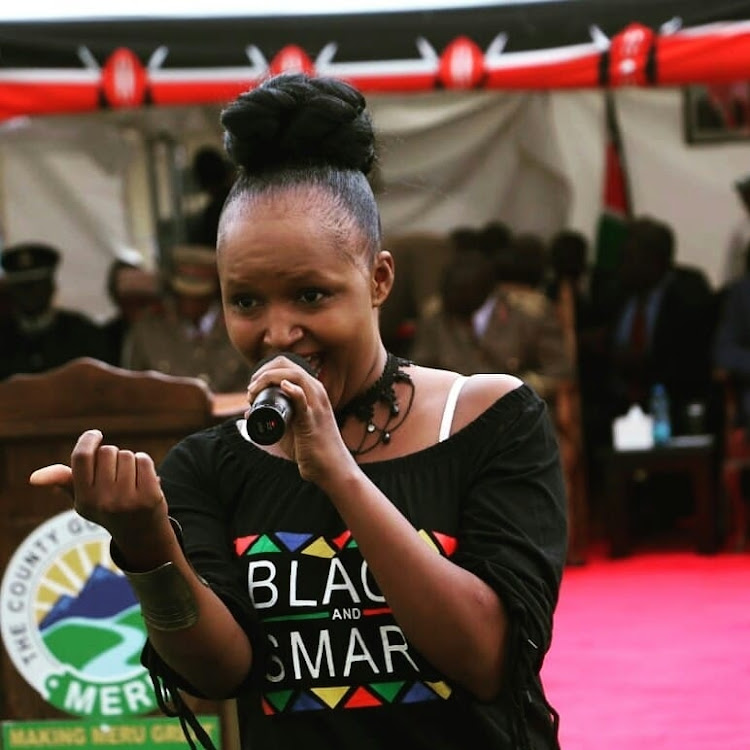 Don't fall prey to the many vultures in the music industry, Single L has advised young talented girls.

Single L, whose name is Lynn Kendi, says she has been conned many times by music producers, presenters and event planners who demand sexual favours.

“I have gone to many studios where I pay but the producer, wasanii or presenter [still] demands to sleep with me," she says.

"I have [lost] a lot of money because of rejecting them. I advise young talented girls to know there are vultures. Let them work hard to achieve their dream in music.”

She dismisses the stereotype that Merus are hopeless singers. “There is a lot of talent in Meru from the upcoming artists. They can sing like no other in this country,” Single L says.

The 2016 Mwafaka Award winner says the reward motivated her and made her believe in herself and trust that nothing is impossible despite the sorrows and challenges one faces.

Life has not been easy for the artist, however, and Single L says she would not wish her experience on anyone. The Nimekuja hitmaker, featuring Jackline Kotira, sold chips at the roadside to raise money to produce her songs.

She says her stepmother rejected her and her father did not pay her secondary education fees, forcing her to study in six schools.

“I remember one head teacher cried after she called my father to ask him to pay school fees but he responded by saying, 'I don’t think I have such a child'. ‘Was it a wrong number?’ she asked, I told her ‘no’.”

The mother of two and wife of one Keith Mureithi says her fans should expect more music.

Single L says she only had Sh10 when she went to a studio to record her first song. When the producer turned her away she started crying.

The owner of the premises came along and found her crying, and gave her a new lease of life.

Single L said she is self-made and has no role model but is inspired by good music.