Gospel star says nobody calls him when he does good things 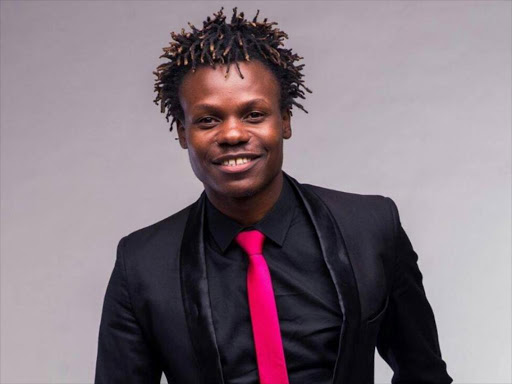 Gospel singer Eko Dydda has refused to comment on claims he had an altercation with his wife and even kicked her out together with their two children.

"I have been doing good things before but no one calls me to ask me about that, so I don't want to respond to negative stories," Eko Dydda told Word Is yesterday.

"I would rather comment on something positive about other people."

I’ll back my boys even if they ditch music, says Eko Dydda

According to a source, the rapper’s wife Cynthia Ayugi, alias Galia, and his two musician sons, Amblessed Dydda and Keepitreal Dydda, were out in the cold following cheating rumours.

Well, he opted to talk about his firstborn child KeepItReal, whom he praised for achieving so much. His two boys are also musicians."My son just turned eight years and I am so proud of him. He has won a soccer tournament at Kipaji (a league for under nines)," he said.

Asked if his sons still sing, he said, "For his achievement, I did a party for him and now we are working on his new song and he will be releasing a new song this week."

Both children are home-schooled. "I don't want my kid to be a bad example in school when they fail to perform well," Dydda said.

"Most Kenyan parents would wish their kids to learn from home, but the problem is they do not have enough time to be with them, so they opt to put them in school."