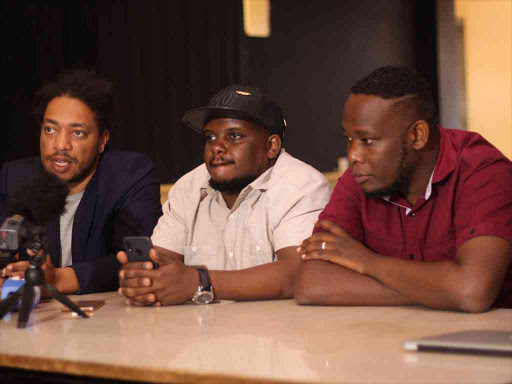 Artistes have called on President Uhuru Kenyatta to push for a digital way of collecting royalties.

Nonini, head of the collective associations, called for his intervention on behalf of artistes.

“Matters to do with music, please let them be removed from the Attorney General and directed to the Arts and Culture ministry,” he said.

“Also, royalty collection made digital. As per now, we do not know who does the collecting of royalties because it is a private institution that does it.”

Nonini resigned as board chairman of Performers Rights Society of Kenya (Prisk) last year because it excluded other agencies mandated with collecting royalties jointly with it as stipulated by the law.

“The court even found them guilty and ordered Kecobo to take action, and instead of them doing that, they have now gone ahead to licence the same organisations that have not paid artistes.”

This comes after Kecobo executive director Edward Sigei’s decision on Sunday to award three content management organisations (MCSK, Kamp and Prisk) a joint licence to collect royalties from users on behalf of musicians. In a statement, the musicians sought to find out why Sigei issued the three organisations with collective management organisation (CMO) licences to collect royalties on their behalf behind Arts and Culture CS Rashid Echesa’s back.

“We have sought answers from Echesa, who informed us that the Kecobo director went against his directive not to issue any communication on licences or the licences before outstanding conditions that denied MCSK a licence in 2017 were resolved, and all stakeholders are on one page with a lasting solution to the problems that have existed in the whole business of royalty collection,” the statement read.

Post a comment
WATCH: The latest videos from the Star
by ELIZABETH NGIGI @nyambs_liz/
Word Is
25 January 2019 - 00:15
Read The E-Paper