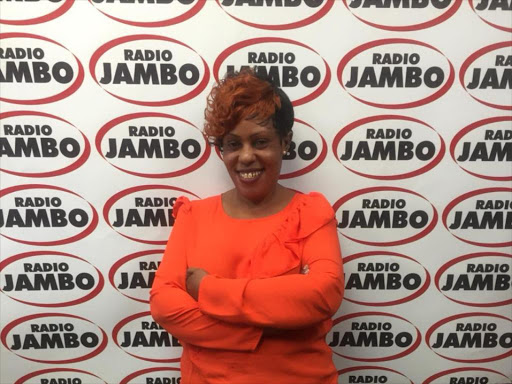 Rose Mueni, former wife of controversial preacher Quincy Timberlake, has decided to bury the hatchet between her and former KTN anchor Esther Arunga.

Mueni said she no longer holds any grudge with Arunga, who succeeded her as Quincy’s wife.

"At first I would rage against Esther but later I came to learn how to accept things like they are,” Rose recently told Radio Jambo.

“I don't hold any grudge towards her and I pray every day for God to talk to her, because there will always be memories of her in the family as she is with my husband. God had a reason and that is why I did not react and in all that mess. Just like I pray for my enemies is the same way I pray for Esther."

Mueni recounted that the whole issue dragged her into depression.

"After learning about his marriage to Arunga from the TV bulletin, I did not ask him about it, even when he came home and he did not explain anything,” she said.

“One day he brought me the constitution to read a part that men are allowed to marry more than one wife. From that moment I sank into depression. My children had started performing poorly in school as well. It was hard for me to explain to them why their dad was no longer living with us."

Their communication ended when Quincy moved to Australia, and she does not miss him.

"I used to call him but not to ask him about his life. But like a dad he knew he had left a gap somewhere. He could come to provide for his children but he cut communication when he went to Australia," she said.

“I do not miss him but the kids do miss him as their dad because they loved him."

Quincy's parents also did not take responsibility of helping Mueni raise her kids.

"My mother-in-law and I no longer talk, and even before I broke up with Timberlake, we were not so close. I approached her on how to bring up the kids, but she was so negative and she did not want me to be part of her life so I have been taking care of them."