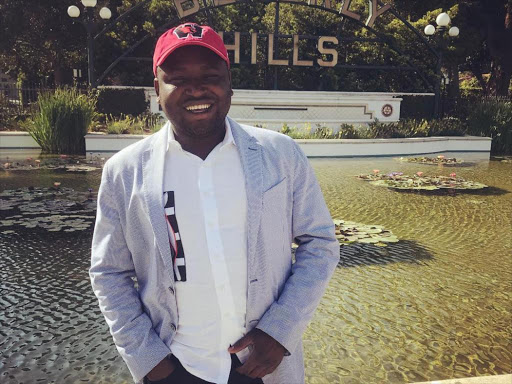 Kennedy Odede, the founder of Shining Hope for Communities (Shofco), has won yet another humanitarian recognition: Hilton Humanitarian Prize.

Speaking with Adelle and Shaffie, Kennedy said, “We are the first ones that have gotten that kind of an award, and we are very humbled by it.”

Shofco began way back in 2004 with passion, Sh30 and a soccer ball.

“I got tired of seeing things happening in the community that were not so good, like women abuse and the idea of hopelessness. For me to get out of poverty, I used to love reading, and so when I stopped using drugs, books became my favourite thing, and they brought my mind somewhere else,” he said.

“I was inspired by people like Wangari Maathai, Martin Luther King, and how they succeeded in bringing people together to solve their own problems. With that, I knew for Kibera, soccer would be the fast way of bringing youths together. I never knew we would be big like this, although I knew I wanted to do something with my life instead of complaining. My first step was to get an old ball and 30 bob. I was only 15 years then.”

How did they get people to join the movement?

“We are the people and in Kibera, people were so bored with life, and that is why most people chose to do bad things. Nobody wanted to come to a group unless there was something fun, and that was my strategy. So definitely they joined the soccer team, and we became one of the best teams in Kibera, and now, Shofco FC is still playing in the league. We also have one of our players playing in AFC.

“We also do what we call ‘Ambushed Theatre’, where we come at a crowd and scare people and we start performing. That is how we captured our audience’s attention, then we talk about the issue that affects the people at that place and try to relate.”

There is also Shofco school for girls. How did that come about?

“The idea was to initiate something that would allow us to speak on issues affecting women. At first, men did not agree with that, so I had to go back to the community and tell them, now we are going to have a school for girls, but we get clean water for men around the school, and a library for men, as a way that would benefit the men also. There was no gender balance at first but eight years later, it is doing so well.”