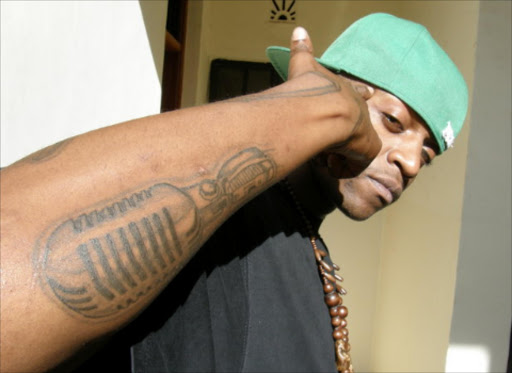 RAPPER Abbas Kubaff has faulted the Music Copyright Society of Kenya (MCSK) for lack of transparency. The former K-South member has accused MCSK for allegedly ignoring artistes and swindling them of their royalties. He posted a formal petition on an online station dubbed Change.org, lobbying for signatures to petition the music royalties-collecting body.

“MCSK need to be more transparent. They are not listening to their artistes. When people submit tracks to MCSK, they are not always placed onto the monitoring system. This means royalties are not paid to artistes. When artistes try and find out what's happening, they are ignored,” he said in a statement. He also alleges that MCSK favours some music record houses in order to award them favours including royalties.

“There is cartelism. Some record houses are favoured over others, and get preferential treatment, so they can maximise the amount of money they make from MCSK. If enough people sign this petition, maybe they will finally listen to the artists needs. The people running the Kenyan music industry should be looking after their artistes!”

In response, MCSK CEO Maurice Okoth, says the allegations are baseless and that all the statements showing all the royalty payments made to the body are available for scrutiny by any alleged member and the media.

“Abbas is alleging that we have cartels at MCSK. Where were these cartels when he was the highest paid artiste in 2012 and in 2013 when he won an award? We don't favour anybody. He is complaining because his music is not being played as many times as it ought to be. And as it's known to all, an artiste is paid according to how his music is played across the broadcast media, among other platforms. Our mandate is to pay for "performing rights" of musical works and not "performance rights". Performing rights are the rights for broadcasts and public performance. So, its unjustified of him to make such allegations. I challenge him to show his royalty statements, as he alleges that we only paid for works by K-South and left his solo projects. He should prove it,” he said.