• The concept AND the technology is able to work and survive in Kenya, investors say 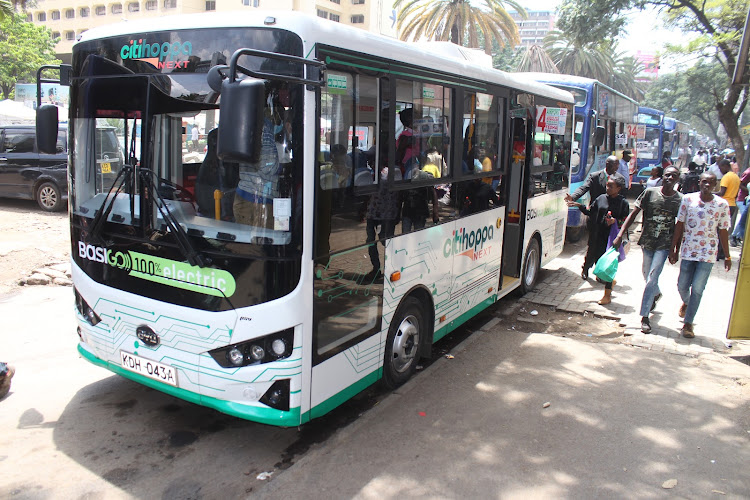 More electric-powered buses are making their way onto African roads as start-ups roll out and scale their locally-made models and governments crack down on smoke-belching rides.

Hundreds of electric buses will hit African roads by the end of the year as different countries start to replace large public transport vehicles with internal combustion engines.

On the eve of 27th United Nations Conference of the Parties on Climate Change (COP27), Egypt, the host country, will roll out 70 electric buses at a cost of $17 million.

The North African country’s Ministry of State for Military Production and the Ministry of Local Development signed a joint agreement for the acquisition of the buses, christened ‘Setibus’, in July.

Manufacturing Commercial Vehicles (MCV), an Egyptian manufacturer, is producing the vehicles in the country ahead of their official rollout in the resort town of Sharm El Sheikh, where COP 27 will be hosted between November 7 and 18.

Research firm Modor Intelligence said African countries have been helped by the rising number of startups and foreign car makers in the nascent industry.

“E-buses are becoming a commercially viable solution for public transport although it is still costlier to the diesel buses and in addition to that they have zero exhaust emissions,” said Modor Intelligence in its Africa Electric Bus Market 2022-27 report.

E-mobility is the fastest way for Kenya to make its energy transition like many other countries. It is also a key element in reducing pollution by promoting the use of vehicles that will reduce reliance on diesel and petrol

Traditional urban transportation buses account for about 25 per cent of the total emission by the transportation sector in Africa, with Modor Intelligence projecting higher emissions on growing preference in public transport, seen adding 26,000 tons of carbon by 2030.

“Local governments along with various other partners are actively putting their plan for the adoption of electric buses in the future,” said Modor Intelligence in the report.

After a four-month pilot, Kenyan startup BasiGo has announced plans to introduce 20 electric buses by the close of 2022, increasing to 100 next year and reaching 1,000 units by 2030.

Speaking during the Kenya Power Expo 2022 in early July, BasiGo  business development head Samuel Kamunya said, “They have been running 50,000km in total. We have proved the concept, the technology is able to work and survive in Kenya and Nairobi for now.

“Come 2025 our target to have 1,000 buses running in Kenya is possible. What we need is electric power and that is available.”

“E-mobility is the fastest way for Kenya to make its energy transition like many other countries,” said KenGen managing director Rebecca Miano.

“It is also a key element in reducing pollution by promoting the use of vehicles that will reduce reliance on diesel and petrol.”

Kamunya said that one of the biggest advantages why electric vehicles will make sense in Kenya is because more than 90 per cent of power generated in Kenya is renewable.

Roam was the first company to put its electric buses on the road, with a pilot programme that started in January, with plans to roll out commercially mid-year.

“Following this, the platform will be tested at scale in commercial deployment of 10 buses during the second half of 2022,” said Roam Project coordinator, public transport, Dennis Wakaba, in a statement.

In South Africa, Rheinmetall, a German-headquartered automotive and arms manufacturer, has begun phasing out 350 internal combustion vehicles with the introduction of electrically powered buses.

E-Bakkies, e-scooters and e-bikes also form part of the package to support green transport within and outside its plant

Rwanda has also cast its eye on a shift to electric buses, with plans to roll out incentives to local manufacturers of vehicle parts and charging equipment.