How red-listing southern Africa put the ‘X’ in Christmas 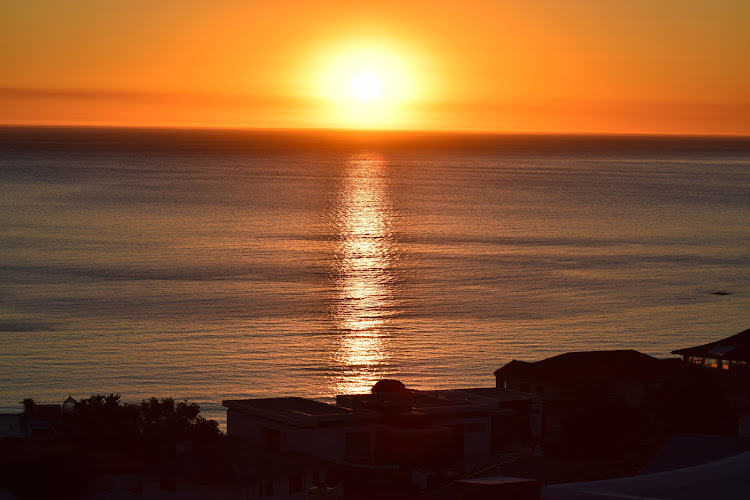 While I’ve never lived in Cape Town, it is somewhere that has felt like home for a long time and I never tire of returning. The view of the monolithic mountain and the ever-changing ocean never gets old, and there is a beach party vibe all the time.

It is a melting pot of people from all over the country and indeed the world. Almost every taxi driver has stories to tell and a different accent but has chosen to make their home in the Mediterranean city at the base of Africa. I remember, when the UK lifted its long-standing restrictions a few weeks ago, the radio DJ relaying that there had been a record level of interest from UK tourists: more than 300,000 in one day, and it was evident from the accommodation search engines that demand was high.

I was really excited to come to the mother city this year, in the height of the Southern hemisphere summer. A good friend's 50th birthday was to be celebrated in style in the winelands. Friends from as far afield as the UK and the Congo were all going to be coming together, and after almost three years, I would get the chance to see my parents, living a few hours away in the wonderful Indian Ocean town of Knysna.

In fact, I had been looking forward for weeks. Our plan was to have two weeks there, a few days over Christmas itself back at home in Kenya, and then head to the UK to see friends and family over there. Basically, a super-extravagant holiday after a tough year. Then it all changed.

The announcement of the UK red list of southern Africa came as a hammer blow. It took me 24 hours or so to drag myself out of a grim mood, then the practicalities of the situation kicked in. Our plans were out of the window. We would need to have 10 days after South Africa before we could go to the UK, so something would have to give. We thought about cancelling South Africa altogether as many friends did, but I really wanted to go. So we changed the flights, told my parents that we would once again not be able to see them, and after a torturous day of phone calls to Kenya Airways and a significantly lighter wallet, we cut it down to a six-night trip.

Cape Town felt like a shell of its former self, like a former high flyer who was down on his luck and struggling to get by. There was still the vibe, people were out and about, wearing masks and sanitising rigorously. But restaurants and bars that should have been overflowing were less than a quarter full. Places where I’ve been turned away without a reservation in previous years had a smattering of guests at best, while a lot of shop fronts sat forlornly vacant.

It's normal to hear an array of different accents — American, German, French, among many others — but this year, it was mostly domestic. People we spoke to felt justifiably let down by the decisions of various governments to apply travel restrictions, almost a punishment for discovering the new variety, whereas their European neighbours had been subject to no such provisions and to many, it felt like this long-awaited light at the end of the tunnel had been extinguished.

Climbing up Table Mountain on our second day, the mountain seemed to echo the mood of the country. Dense clouds at the top made the sensational views nonexistent, and the usually snaking queue at the cable car base was just a distant memory. It was evident that in some restaurants, costs were being cut. In one place, a flustered waiter was trying to serve everyone on his own, and the usually excellent standards of service were hit and miss at best.

When we got out to Franschhoek in the winelands, the issue was even more stark. It was a shell of its former self, the pavement cafés empty, the infamous wine trams had only one or two people on them, and where the shops were still open, the owners were clearly worried about the future. A couple of days before we were due to return to Kenya after our abridged trip, the UK removed all the Southern Africa countries from its red list but the damage was done, the season was ravaged, and the economic consequence will be severe.

Leaving through Cape Town International Airport summarised the situation comprehensively. After producing each of the myriad of documents now required to travel internationally, we passed by the busy domestic departures queue to the international gates, where there was not a single soul other than the security. The departure gate shops had the look of closing time, with just one door open so that the few departing passengers could pop in. But there was a general sensation of lethargy and deflation just a week before Christmas.

I have no doubt South Africa will bounce back. It is a place of immense beauty, talent and innovation. And like a prizefighter, it has taken many poundings but got back up. It won’t be without pain, though, and I hope its joie de vivre will soon return.

How pandemic has made international travel a pain for many
by SImon Marsh
Travel
24 December 2021 - 06:00