• It has overcome civil war, Ebola and now Covid to keep the animals safe and sound 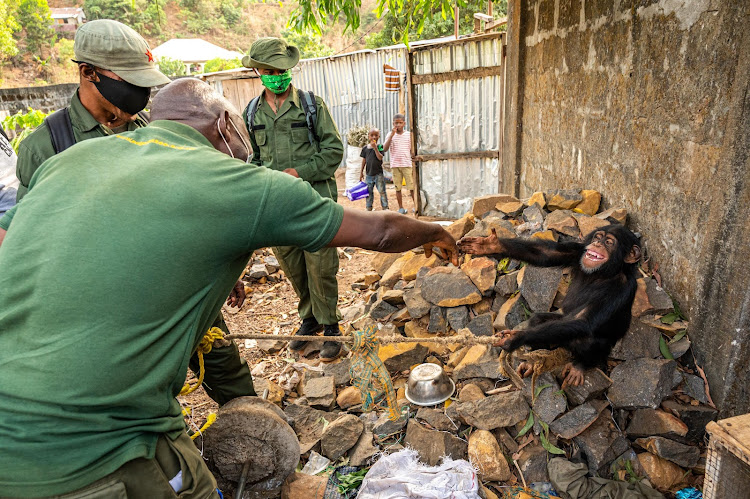 Approaching the turn-off for the Tacugama Chimpanzee Sanctuary, on the outskirts of Sierra Leone’s capital city of Freetown, the forested green hills disappear into the cloud canopy, giving them a mystical appearance, and for me, an urge to discover what lies within them.

The sanctuary sits within the Western Area Peninsular National Park on land allocated by the government for the recovery and rehabilitation of the country’s national animal.

Sharing 98 per cent of our DNA, there are clear similarities between our species and the chimpanzee. The ability to communicate, articulate feelings and emotions and use tools to achieve a task are but some. However, in this relationship, once again humans became the oppressors and chimpanzees the victim.

The founder of the sanctuary, Bala Amarasekaran, began it after buying an orphaned chimp in 1988 to save its life, fearing that, left in its current condition, it would never recover. He subsequently began to look at the scale of the problem and realised there were 55 chimpanzees for sale in Freetown alone. He realised there needed to be a solution within Sierra Leone itself, and in 1995, the sanctuary was opened.

I was impressed with how knowledgeable and passionate our guide was. There was no question he could not answer immediately, despite being a young man. It was very clear that this was more than a job, it's something he was passionate about, and that bodes well for the future of the species survival.

There are four stages for the chimpanzees, which could be loosely aligned to the stages of a child’s education. There's a quarantine facility for when the orphans first arrive, often traumatised and physically injured. They move from here to stage two, where, with ropes and poles, they start to learn the natural behaviour they have missed out on and how to scavenge.

The next two stages both encourage self-sustenance with the natural flora that they would be used to in the wild. The 2 per cent of a wild chimpanzee’s diet that would be meat in the wild is replaced with eggs so there is sufficient protein. 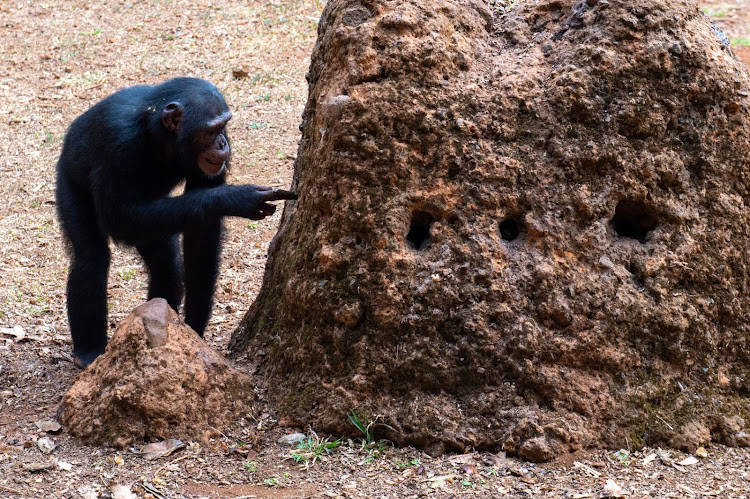 Despite the desire of the staff to keep the animals as wild as possible, there has to be a degree of management because fights do occur. And with an adult chimpanzee being as strong as five humans, injuries can be serious. So from time to time, some chimps are removed for some solitary time.

The ultimate objective of the sanctuary is to release the apes back into the wild, and many of them are now ready for this, but they have yet to find a scenario in which it is safe to do so. The wild chimps in the national park are highly territorial and a fight would be devastating if they were to be released there.

It’s not just here that Bala and his team operate, however. They educate the next generation of Sierra Leonians to care for and respect their national animal, and this has paid dividends as they soon get a call if a chimp is seen in any of the inland conurbations. They also provide community rangers to assist the national park guards and work with communities to preserve the important areas for chimpanzee survival.

It’s not always easy. Bala explained to me that their biggest challenge is deforestation and destruction of habitats. Because of this, they have rescued 32 chimpanzees in the past three years, against a prior average of about three per year. Their range is very much inclusive of community land, and this is where logging is taking place, the licences given out by the government to cater for the ever-growing population.

Tacugama is also actively involved in protecting three of Sierra Leone’s national parks: Western Area peninsula NP, Outamba-Kilimi NP and the Loma Mountain National Park. Loma holds the highest concentration of western chimpanzees in Africa, a subspecies classified by the International Union for Conservation of Nature as “critically endangered” on the red list of threatened species.

Back to the centre itself, a recent addition is eco lodges, where guests can spend the night. I’m told visitors can enjoy a fantastic Sri Lankan curry, and for those who do not suffer from vertigo, the climb up the 70 foot observation tower offers panoramic views of the beautiful national park. They also offer guided walks in the park, a definite must for my next visit, with trips into the hills to find stunning waterfalls, dams and if really lucky, the wild chimpanzees that live there.

The most recent census conducted by the centre indicates that approximately 6,000 chimpanzees remain in Sierra Leone, down from the 20,000-plus that were in existence 40 or so years ago. With the various challenges of civil war, Ebola and now Covid that have affected this country, Bala and his team have demonstrated the most incredible fortitude and resilience to keep going and to maintain some hope for our closest cousin.

To learn more about Tacugama and to find out how to support this valuable work visit. https://www.tacugama.com/