• Poaching for their horns puts many at risk 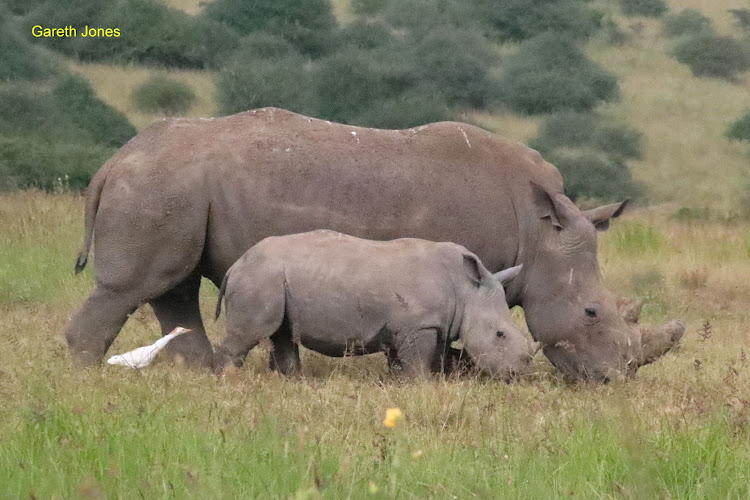 Wednesday, September the 22nd, was the 10th anniversary of World Rhino Day. The purpose is to hopefully make people worldwide aware of the plight of the five species of rhinos that remain on Earth. This article will focus on the black and white rhinos.

White rhinos are larger and more placid than black rhinos. There is no colour difference in the two sub-species, they are both grey. Their colour sometimes varies according to colour of whatever mud or sand is in the area they live in. The White Rhino gets its name from the dutch (Afrikaans) “Wyd” meaning wide, due to their square mouths designed for grazing.  It appears that the English translators might have not heard correctly and perhaps thought the dutch settlers said “white”.

Many people including myself have increasing concern and caring feelings for rhino, especially because of the evil action of slaughtering them, just for their horns. It should be noted that rhino horn has about the same composition as human fingernails. It is extremely important that those who consume horn powder must be educated to know that there are absolutely no magical sexual or medical benefits, it is all a huge lie.

We hope and pray that rhinos will continue to survive and thrive in Kenya. It is written in James 2 vs 17 “Faith without works is dead “. I think that just having a single World Rhino Day once a year is definitely not enough to make a significant impact on saving them.

Let's pray that wildlife warriors will be raised up in various places to help protect them. As we all hope and pray for the survival of rhinos, many of us are perhaps like the spectators watching sport. Even though this “game’ is a very serious matter of life and death.

As spectators, we continue to shout “Go, rhino, go!”, in the hope that rhino’s in the wild will survive and thrive!