• At this camp, you do not just have a good time but do so responsibly An electric truck recharges at the camp
Image: SIMON MARSH

I must admit, I get excited about renewable energy. I’ve even started using solar at home and I’m amazed at how efficient it is. When I heard about this place, I knew I had to go and see for myself!

The term eco lodge is frequently mooted when promoting the credentials of a particular lodge or camp in Kenya and is, in my experience, very liberally interpreted. I’ve always been a little bit sceptical that a venue markets itself as being ecologically sustainable but is powered by a huge diesel generator and takes two guests out in a four-litre diesel land cruiser.

For the first time, there is a place that can truly live up to the name. Emboo River camp trailblazes the way and gives us a glimpse of what the future of the safari industry must inevitably look like as the world looks towards overhauling how we travel, live and exist.

Emboo has the first fully electric land cruisers in the Mara. Not only do these unique vehicles allow an almost silent experience but with no emissions, we are not polluting the lungs of any hapless lions nearby.

Onto my favourite subject of solar power. Everything, and I mean everything, is powered by the sun. Even the vehicles' batteries are powered by the panels and there is electricity 24 hours a day. Capable of producing a massive 26 kilowatts of electricity, the 60 panels require no regular maintenance other than a rinse down from time to time. This system is simply amazing.

Each room also has its own solar-powered water heater, meaning hot water in the nicest camp shower I’ve ever used. And even in the unlikely event there is a prolonged period without 72 hours of sunshine, it can be switched to run from the big solar plant.

The location of Emboo is, as the name suggests, by the river, with a wonderful panorama overlooking the cavorting hippos and to the rolling savannah beyond. The evening fireside routine is perhaps the one nod to the more traditional safari set-ups, though what safari would be complete without it! 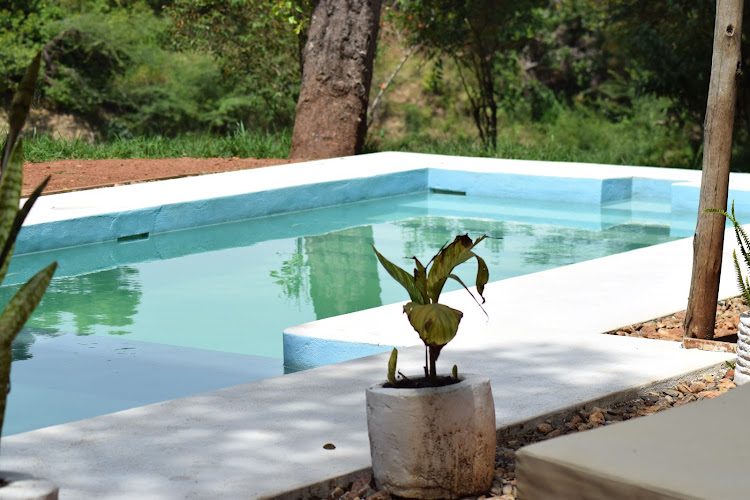 The eco credentials even extends to the kitchen, where a plan is currently underway to use natural waste to produce biogas, which will subsequently be used for the oven. They have their own small vegetable patch on site, from which some of the produce is obtained, with the remainder coming from William's own plot nearby.

I’m always fascinated by how the future will deal with the issue of water. It is our most essential need in life and one over which many believe future conflict will be centred. It’s becoming increasingly common in Kenya to see adverts for domestic water treatment technology, but we all know many Kenyans still rely on rivers and boreholes.

Emboo creates no effluent. Black and grey water is treated in lagoons using a variety of natural cypress and typha plant varieties, which are indigenous to the local wetland systems. The subsequent clean water (tests show it's cleaner than the river) is used for purposes not involving human contact, such as toilet cisterns.

What about the waste, though? There must be a sneaky incinerator hidden out of sight from the guests somewhere, I thought, but no, there isn’t. Once again, it’s in hand, a stable-like building separates items into four categories of waste, each to be individually utilised.

The bottles are turned into glassware, either to be utilised within the lodge or where there is an excess, it's given to the community. The cardboard is used for nurturing seeds into saplings as part of the reforestation campaign or compressed into briquettes. The metals go to local artisans to be used to make curios, and plastic is provided to a local recycling company.

So, where is the safari guilt? Well, you have to fly or drive to get there, which creates emissions, and you are offered the chance to make up for this by planting a tree before you leave. Of course, it is an indigenous one as well, so it is helping to protect this important area and maintain the delicate ecosystem.

Emboo has already inspired other camps to start following suit, and some have already adopted electric vehicles. But as we emerge from a pandemic probably caused by environmental factors, Emboo is building up a popular following for those who increasingly are thinking carefully about not just having a good time, but also doing so responsibly. 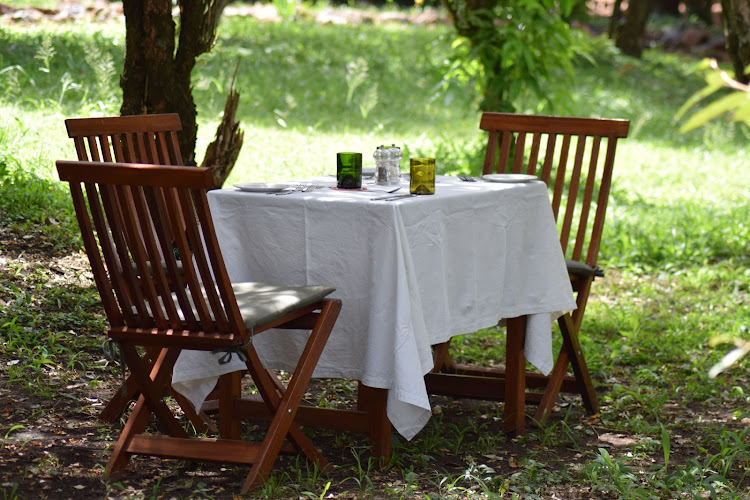