The National Museum of the Holodomor Genocide in Kyiv is a statement of preservation of a country’s history and testament of the resilience of the Ukrainian people.

• Kyiv has a monument on almost every street you use and every ancient building has a story behind it that most likely informs or explains the present.

• One such building is Saint Sophia’s Cathedral built in the 11th Century and the first heritage site in Ukraine to be listed on the World Heritage List by Unesco.

“A country that does not know its history will not understand its present and will find it hard to navigate today’s complex world,” President Uhuru Kenyatta said on October 10 during the inauguration of the Unity Park.

It is a museum inside the Ethiopian National Palace that documents the country's journey through generations.

“Ethiopia is a constant reminder of why Africans should preserve their culture and traditions, and guard the hard-earned sovereignty of African states,” he said.

As if to take cue from the Ethiopians, Somali President Mohamed Farmaajo a week later relaunched restored historic monuments of Sayidka, Dhagah-tur, Hawo-Tako, Ahmed Gurey and SYL. “These figures are the pride of all of our Somalia generations. Safeguarding our history reminds us of our historic journey and inspires our future,” Farmaajo said.

Kyiv, the historic and ancient Ukraine capital, offers a better benchmark on the preservation of historical assets, monuments and buildings.

It has a monument on almost every street you use, and every ancient building has a story behind it that most likely informs or explains the present.

One such building is Saint Sophia’s Cathedral, built in the 11th Century and the first heritage site in Ukraine to be listed on the World Heritage List by Unesco. 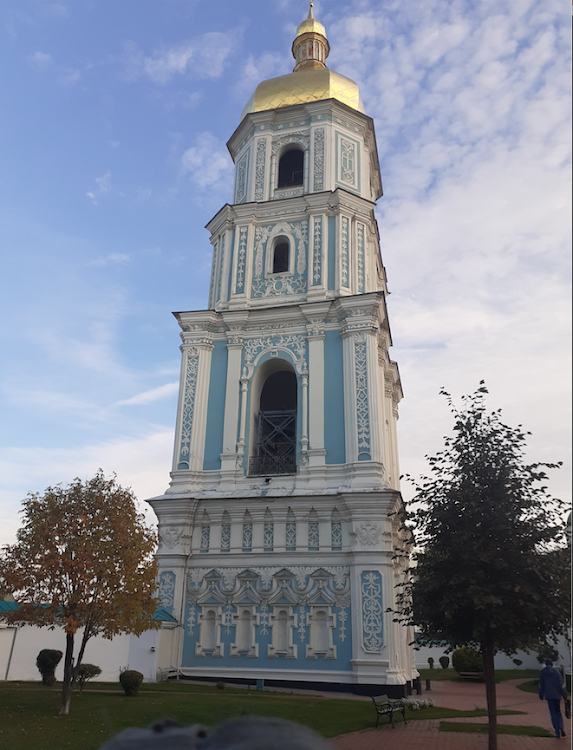 Saint Sophia Cathedral in Kyiv, an outstanding architectural monument that is listed by Unesco as a world heritage site, is more than 1,000 years old
Image: ELIUD KIBII

It survived the Russian Revolution, during Soviet’s anti-religious campaigns, and now remains one of the key landmarks in the country.

Opposite it is St Michael’s Cathedral, which was built from 1108–13. It was demolished between June 8 and July 9 in 1934, during the anti-religious campaign ordered by Joseph Stalin. It was only reconstructed after the fall of the Soviet Union and the independence of Ukraine in 1991, and officially opened on May 30, 1999.

Its resilience echoes in the famous Maidan protests in 2014. It served as a refuge for protestors, a hospital for the injured where minor operations were done and a morgue for protestors shot dead by police.

“In three months of protest since President Viktor Yanukovich turned his back on a deal with the European Union, St Michael’s has emerged as spiritual protector of those who would bring him down,” Reuters reported in February 2014. 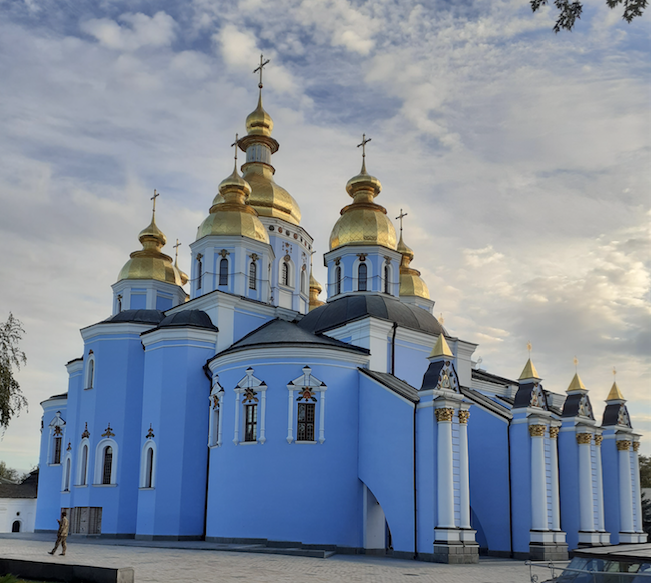 Ukrainian Orthodox Church, to which St Michael’s belongs, has historically walked an independent line from Russia, a route Ukraine has taken, especially now that there is a conflict over the Crimea region.

On its wall, there are photos and details of the over 100 soldiers and civilians killed by Russia forces in the ongoing conflict in the Eastern part.

Lubov Pikulia, a guide in Kyiv, said the Cathedral still offers help to those fighting for their country’s territorial integrity.

The National Museum of the Holodomor-Genocide in Kyiv is another statement of preservation of a country’s history and testament of the resilience of the Ukrainian people. 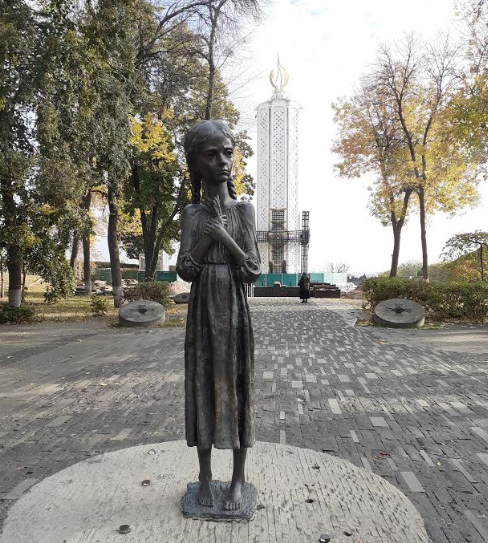 The Bitter Memory of Childhood welcomes you to the candle-shaped Holodomor Museum located on Pechersk Hills
Image: ELIUD KIBII

The Holodomor was a manmade famine in Soviet Ukraine between 1932 and 1933, which killed millions of Ukrainians.

Inside the museum is a record of the victims, well documented with the cause of death, which is hunger.

It was, however, not until 2006 that the devastating famine was recognised in the Ukrainian Parliament as a deliberate act of genocide against the country’s people.

A statute of a young girl holding some wheat — the Bitter Memory of Childhood — welcomes you to the candle-shaped museum located on Pechersk Hills. It’s dedicated to children victims of famine, and people often place foodstuff and flowers on the feet of the statute.

Another notable sculpture is the Motherland Monument, which is part of the National Museum of the country’s history in the Second World War to the ongoing war in the eastern part with Russian forces.

There is also the Independence Monument, a victory column located on Maidan Square and the Memorial Wall, where 100 portraits of people killed by police during the 2014 revolutions are placed surrounded by bricks, which they used as weapons. At the end of the wall, relatives and friends have placed photos of people killed during the protests. The oldest victim was a 75-year-old doctor, while the youngest was 17.

Another feature worth exploring is the 62-year-old Park Bridge over Dnieper River, built in 1957. It connects the central part of Kyiv with Trukhanov Island. It was constructed in 1956-1957. 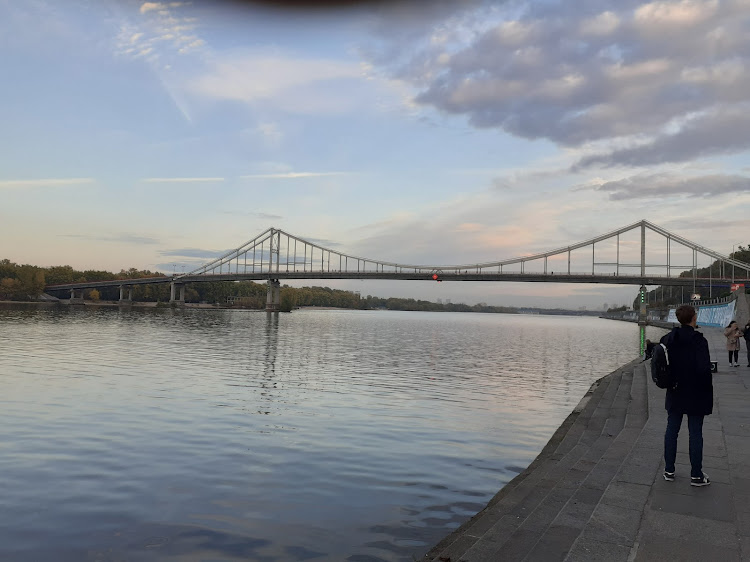 Park Bridge over Dnieper River built in 1957. It connects the central part of Kyiv with Trukhanov Island. It was constructed in 1956-1957.
Image: ELIUD KIBII

However, communist (Lenin) statues have been toppled following decommunisation laws and the pro-western revolution.

And one of those monuments that was on the verge of being dismantled is the People’s Friendship Arch, commissioned in 1982 in commemoration of the 60th Anniversary of the USSR.

It was, however, renamed the Arch of Diversity in 2017, and now beautifully illuminates as a rainbow at night.

The other interesting bit is the Unesco-listed Pechersk Lavra caverns or the Monastery of the Kiyv Caves. They are narrow underground corridors where monks were buried, and they are famous for religious tourists.

Just outside, there is a tap where visitors can get some water believed to  have healing abilities and cure of diseases