This will enhance confidentiality of information shared between users.

• However unlike Snapchat which notifies someone when the recipient takes a screenshot, WhatsApp sender will not receive any information.

• It will make it impossible to take screenshots to view once pictures and videos are sent to friends. 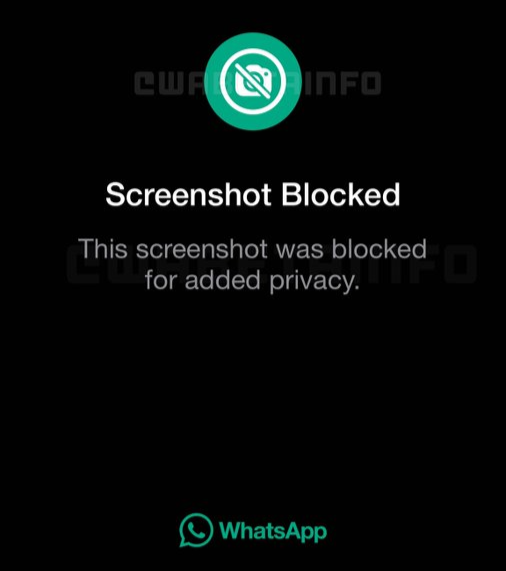 WhatsApp is working on a new security feature that will make it impossible to take screenshots once pictures and videos are sent.

When a user tries to take a screenshot of images or videos, the new feature will block the screenshot.

However, unlike Snapchat which notifies someone when the recipient takes a screenshot of their message, the new WhatsApp feature won't.

The feature was first spotted on WhatsApp Beta testing for iOS, and has not been spotted on Android Beta by WhatsApp beta tracker site WABetaInfo.

However, it will be rolled out soon globally to all users.

The new feature will work towards enhancing confidentiality of information shared by users to individuals and WhatsApp groups.

How to send confidential emails via G-mail

It is possible to secure emails you send via G-mail.
Sasa
3 months ago

The feature has already rolled out to some of WhatsApp Beta users.
Sasa
3 months ago

House of the Dragon to stream in Kenya soon

The series is a prequel to HBO's Game of Thrones.
Sasa
3 months ago

Why repellents are less effective against mosquitoes

Mosquitoes are attracted to a unique cocktail of body odours humans emit.
Sasa
3 months ago

How thinking makes you tired