Mr Musk plans to sell Twitter shares again as little as three years after buying it.

•However, Mr Musk said the site would always be free for "casual users".

•Mr Musk plans to sell Twitter shares again as little as three years after buying it. 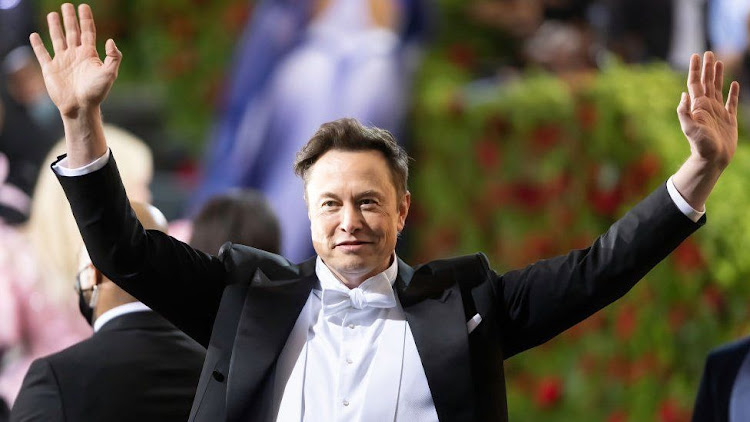 Business and government users on Twitter may need to pay a "slight" fee to stay on the social media platform, Tesla boss Elon Musk has said.

It comes after the board of Twitter agreed to a $44bn (£34.5bn) takeover offer from Mr Musk.

However, Mr Musk said the site would always be free for "casual users".

He had previously said he wanted to "make Twitter better than ever by enhancing the product with new features".

Ultimately, the downfall of the Freemasons was giving away their stonecutting services for nothing

Earlier, Mr Musk had tweeted a link to a CNN story which called for some of the US' biggest brands to boycott Twitter if Mr Musk rolls back content moderation policies limiting hate speech.

He has argued that Twitter's moderation policies pose a threat to freedom of speech.

Since agreeing to buy Twitter, Mr Musk has said he wanted to make improvements to help increase the attractiveness of what he describes as a "niche" platform.

He has said he would introduce new features, and suggested changes to its new premium subscription service, Twitter Blue, including cutting its price.

The paid-for extra service will add features such as an "undo tweet" button, bookmarks, and a reader mode, Twitter said.

Mr Musk has also said he wants to remove spam bots from the platform and authenticate all real people.

On Monday at the annual Met Gala in New York, he said he would make Twitter transparent about how tweets are promoted or demoted and wanted its software to be available for public scrutiny.

Meanwhile, the multi-billionaire has reportedly told potential investors that he may return the social media firm to the stock market in just a few years.

Mr Musk plans to sell Twitter shares again as little as three years after buying it, according to the Wall Street Journal, which cited people familiar with the matter.

His takeover of the company is expected to be completed later this year, subject to conditions including the approval of Twitter's shareholders and regulators.

Under the deal he will buy all the shares in the company that are currently available on the stock market, taking it from being a publicly-owned company to a private one.

Last week, Mr Musk sold roughly $8.5bn worth of shares in Tesla, which led to speculation that he will use the money to help finance his buyout of Twitter.

Shares in the electric car company have lost more than 20% of their value in the last month, amid concerns that Mr Musk would sell part of his stake in the company to fund the deal.

Mr Musk is the world's richest person, with an estimated net worth of around $250bn, mostly due to his Tesla stake.

He also has a controlling stake in the rocket company SpaceX, which is estimated to be worth $100bn.

Musk warns of Twitter 'slight cost' for businesses and governments

However, Musk said the site would always be free for "casual users".
News
2 weeks ago

He was supposed to escape a straight jacket while upside down 30ft in the air in between two suspended cars.
Sasa
2 weeks ago
“WATCH: The latest videos from the Star” .
by BBC NEWS None
Technology
04 May 2022 - 12:15