• Christians pooled money to purchase the car, with chairman Charles Mulila handing the keys to the cleric 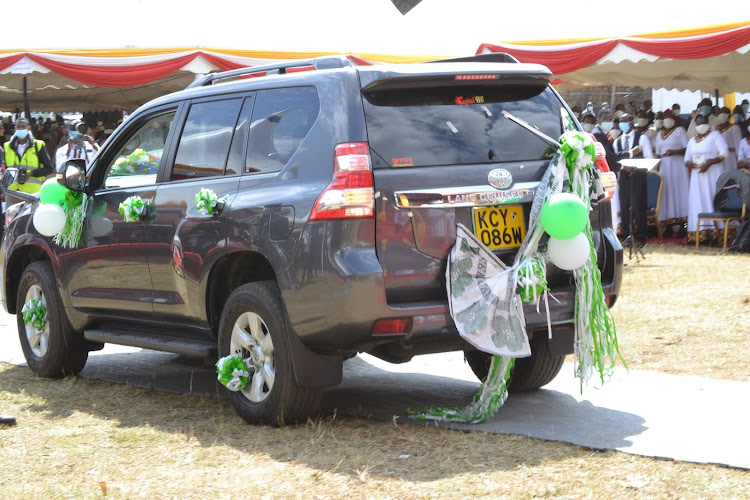 He was given the car keys by Charles Mulila, the chairman of Kitui Christians, who pooled money to purchase the car, at St Charles Lwanga School, Kitui. 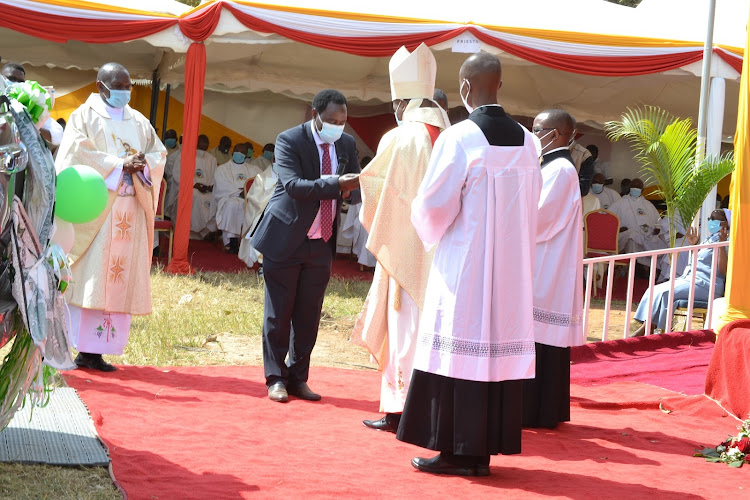 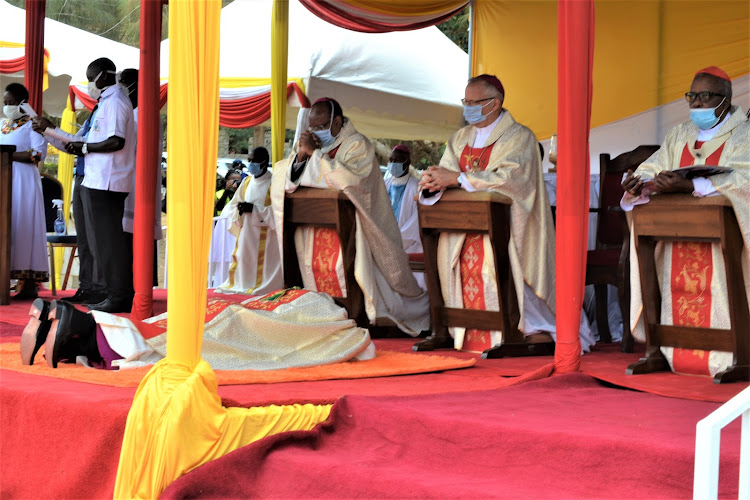 Bishop Mwongela lies prostrate on the floor in supplication during his ordination as Archbishop Hurbertus Van Megen, His Eminence John Cardinal Njue and Archbishop Antony Muheria kneel before him in prayer
Image: Musembi Nzengu 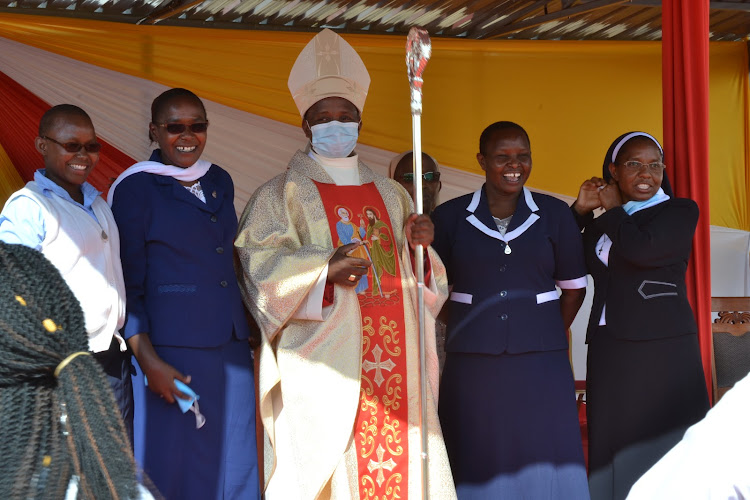 Bishop Joseph Mwongela poses for a photo with the faithful after his ordination
Image: Musembi Nzengu 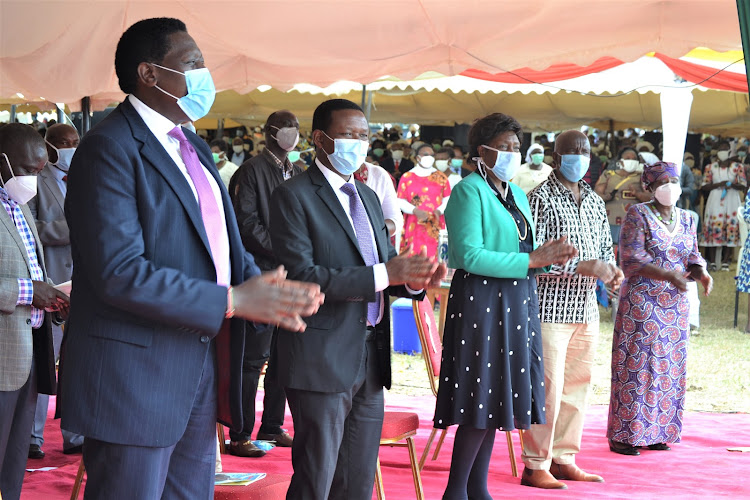 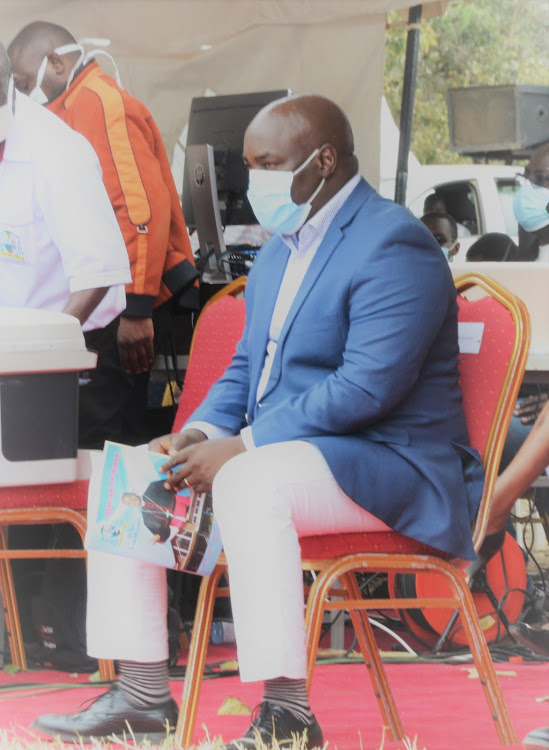