• Polarised viewers are digging in and I don't give a hoot, but I see the bigger picture 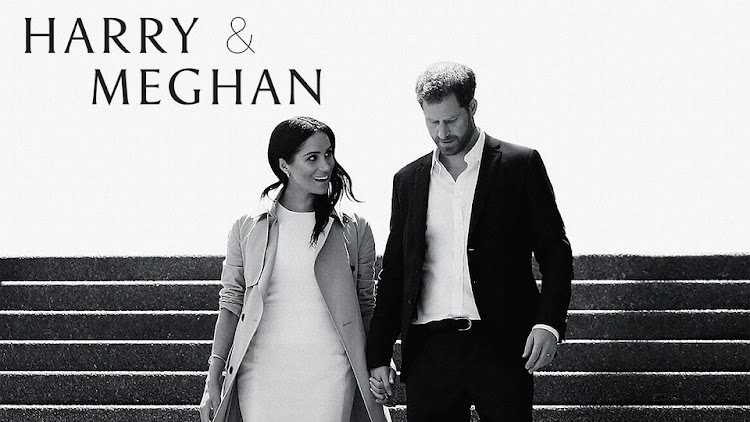 Poster of the docuseries
Image: COURTESY

The Internet has been abuzz the last couple of weeks after the documentary release by the Duke and Duchess of Sussex. 'Meghan and Harry' is a two-part, six-episode documentary told in the Sussex’s own words about their courtship and life as members of the royal family post-marriage. They do provide that first-hand account that most fans were curious to know.

Oddly enough, the release of the documentary did not have the impact they had intended. For some strange reason, the public seems to be more polarised than ever. You have the pro-royals missing the point and bashing Meghan and Harry more than ever before. Then you have your diehard Meghan supporters (I see you, mum) falling harder in love with the ‘black princess’.

I watched the documentary and followed some debates on social media, but I found my own opinion on the subject polarised. At first, I was curious about the history behind the couple; how did they meet? What is a first date with a prince like? How do you treat The Queen as your grandmother-in-law?

On the other hand, I wondered, for a pair who wanted to recede into private civilian life, these two sure love the spotlight. Finally, I conceded that I honestly don’t give a rat’s behind about Meghan and her bourgeois pitiful problems.

However, while the air is still dusty from the two sides of the public battling it out on social media, there is an important lesson to be learnt here. For most of our lives, we read books or watch movies with a happy ending. The prince kisses the sleeping girl, she wakes up, they marry and live happily ever after. Or in the movies, we always root for the good guy to save the damsel and end up together. In essence, we have been conditioned from a very young age that love conquers all. That marrying Prince Charming is the end of all our troubles.

When Meghan Markle married Prince Harry, the whole world buzzed with excitement. Unlike Kate Middleton and Princess Diana, who had both married into the royal family, Meghan was neither British nor white. She was a biracial woman, a divorcee and an actress. She wasn't even an A-list actress, which meant she wasn't rich or from an affluent family. But miracles happened and she married into the British royal family.

Her story as it unfolds now is the insight we all need to the sequel of the fairytale ending. What happens in the postscript of “they lived happily ever after”. We all knew there were rules and systems within monarchies and royal families. When we read about them, we find them to be somewhat fantastical. After all, being a part of a royal family is like a fairytale.

The thing is, though, with the British media’s crazy obsession with Meghan, they managed to open up the Pandora’s box of the horrors that lie within the royal family. Being a part of the royal family is nothing like an enchanted book. According to what we see, the family must keep a composed posture to the outside world, while suffering all kinds of horrific things behind palace walls.

Never mind the frenzy of the paparazzi and the tabloids that thrive at tarnishing a coloured woman for daring to marry a descendant of their beloved monarch. If history is any indicator, it showed us that the paparazzi can literally drive one to madness or death. Princess Diana was ambushed by persistent paparazzi, who eventually got her killed in a tragic car accident.

Royal families and rich people in general have their own rules that dictate the way they live. Most of these rules are unfathomable to us mere mortals. They live by a different code and it's not one of roses, knights in shining armour or glass slippers.

Behind the palace gates and turrets is a cruel and cold world that we don't know about. It's a lifestyle that is unlike any fairytale we have read. If Meghan's story is any indicator, it's that there is certainly no "happily ever after" when marrying a prince.

Post a comment
WATCH: The latest videos from the Star
by Nabila Hatimy Entertainment Writer
Lifestyle
24 December 2022 - 06:00
Read The E-Paper