Why accident victim may get no judicial sympathy

• Things are not always as they seem, as 'wilful injury' is no injury in the eyes of the law 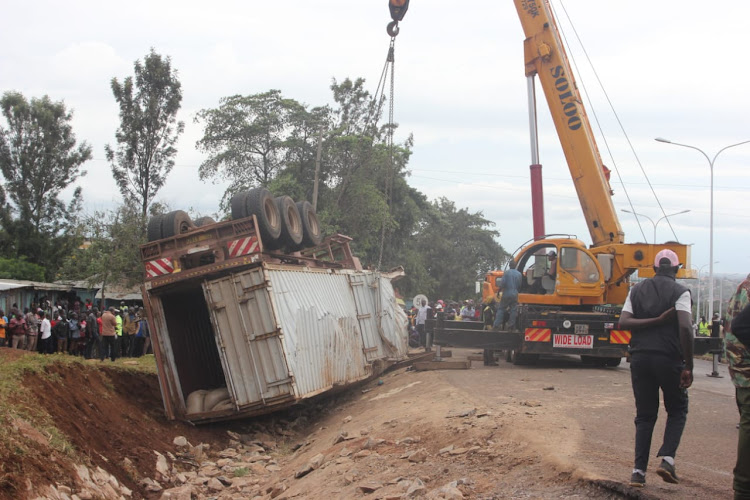 A crane attempts to lift an overturned lorry
Image: FILE

I was recently having a conversation with some friends during a meet-up. In the conversation, a story came up of a schoolboy who was run over by a lorry.

On the fateful day, the boy was walking on the road, away from the pedestrian pathway. The lorry in question was ferrying pieces of iron sheet. As it passed him, one of the pieces caught his hoodie. When he was set free, he fell to the ground and was run over by the rear tyres. He succumbed to the injuries.

The narrator of the story was certain that the driver or owner of the lorry would have to pay the deceased’s family compensation. Like himself, one may be quick to condemn the lorry driver. But here is an instance where what is termed as the defence of volenti can be pleaded. In full, the doctrine is volenti non fit injuria, which translates to, “No harm can be done to one who consents.”

In the present case, for instance, one may argue that by walking on the road (and not using the pedestrian path), the boy who was hit by the lorry knew or ought to have known that he risked being hit by a vehicle, and that nothing or no one forced him to walk on the road; he voluntarily did so.

Another case where this defence could be successfully pleaded could be in an instance where a person boards a vehicle being driven by a driver they know is intoxicated, but they still board the vehicle nonetheless. Should such a vehicle be involved in an accident, it can be argued that such a passenger willfully assumed the risk.

There are, however, some categories of persons against whom this defence cannot be pleaded. Rescuers, for instance, cannot be said to have wilfully consented to their harm in instances where they get injured or die in a rescue operation. Their assumption of risk is justifiable, and it would be against public interest for the principle to apply to them.

Employees are also protected from risks they may come across in the course of their work. The idea that by remaining in a job they consent to the risk it comes with will often not succeed. It is seen that although leaving a job may be an option, it may not be a practical solution.

Where successfully pleaded, the defence of volenti is a complete defence. That is to mean, it totally absolves liability on the sued party and shifts blame to the injured party.

So, next time you want to engage in a high-adrenaline experience, be informed that you might be fully liable for any risks that may occur.

Post a comment
WATCH: The latest videos from the Star
by Neil Samuel @neilsamuel271
Lifestyle
20 October 2022 - 05:00
Read The E-Paper