Why LGBT are a worried lot under religious Ruto 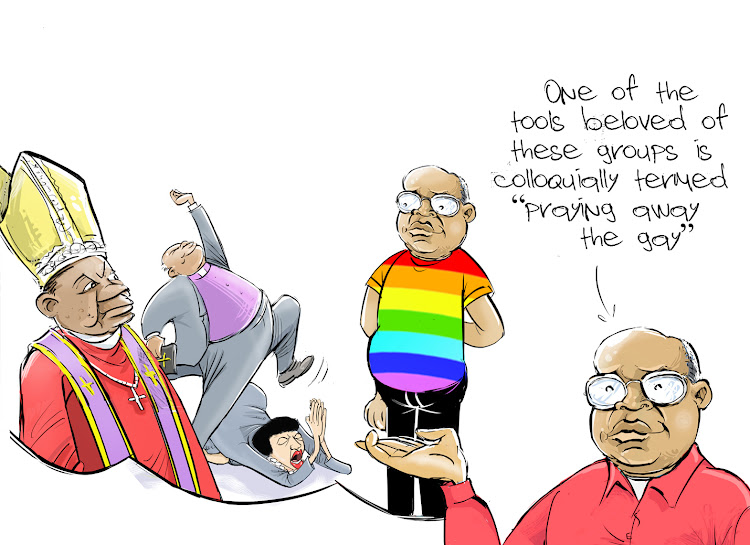 During a recent exclusive interview on CNN with Christiane Amanpour, where President William Ruto spoke about his incoming administration’s plans for the country, he was asked the inevitable Western media question to African leaders about gay rights.

Sounding very much like his predecessor on the subject, the President said Kenyans are busy grappling with poverty and unemployment, and as such, gay rights are not an issue.

Many keen observers saw this point of view as signalling a shift from an earlier position espoused in 2015, when as Deputy President, he said gay rights had no place in the country’s society.

At that time, Ruto said Kenya would not allow the practice of homosexuality as it was against Christianity and human nature.

Aiming his remarks at the religious community, he said back: “We will stand with religious leaders to defend our faith and beliefs. We will not allow homosexuality in our society as it violates our religious and cultural beliefs.” 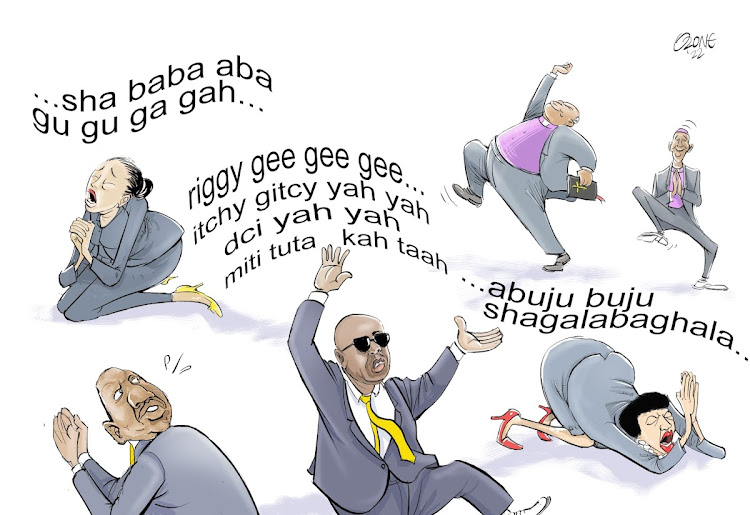 Following the recent church service at State House presided over by Bishop Mark Kariuki, I fear that the President may change his mind on the issue of homosexuality again.

This is because as chairperson of the Evangelical Alliance of Kenya back in 2015, Bishop Kariuki led a march through Nairobi, where he and his supporters protested against homosexuality and claimed it was wrong, immoral and a bad example to young people.

Bishop Kariuki was quoted at the time as saying that homosexuality is an attack on the family.  The remarks came a day after the then Deputy President’s comments.

My fear is if President Ruto and Bishop Kariuki are so in synch on this issue, and if it is true that Deputy President Rigathi Gachagua said there is some sort of MoU between certain church leaders and President Ruto, the anti-homosexual agenda will rear its ugly head soon.

Kenya is a secular state not Christian republic or Christian state.
Siasa
1 month ago

One of the things that brings Christian religious leaders and leaders of other religious groups together is their antagonism for the lesbian, gay, bisexual, transgender, intersex, queer, asexual and other sexually or gender diverse (LGBTIQA+) community.

And if these people feel they have the state’s support in their mission against the LGBTIQA+ community, they will have no compunction in bringing this agenda to the top of their list sooner or later. Mark my words.

One of the tools beloved of these groups is colloquially termed “praying away the gay” or conversion therapy. They still believe that they have the ability to change a person’s sexual orientation.

They refuse to appreciate that in fact, there is no scientific evidence that conversion therapy is effective in changing a person's sexual orientation, but there is, however, evidence that this type of therapy can be destructive.

I am writing this column as a proud founder member of the organisation now known as galck+ and formerly known as the Gay and Lesbian Coalition of Kenya.

If that fact alone annoys or offends you, wait until you find out that not only am I gay, but I’m married to a man. Your head might explode and you will certainly not want to read any further.

If, on the other hand, your curiosity has got the better of you, then I sincerely hope you are sitting comfortably.

Earlier this year, with an eye to the future, galck+ launched a campaign asking faith leaders and religious Institutions to publicly condemn the use of conversion therapy and to dispel the harmful, faith-based arguments, which drive negative attitudes and exclusion of LGBTIAQ+ people.

The humane thing to do instead would be to refer those  LGBTIAQ+ individuals in their congregation to qualified, ethical mental health practitioners recommended by the LGBTIAQ+ movement.

Faith leaders and politicians don’t like being told what to do, especially if it does not align with their prejudices. So this will be an uphill battle, but one that absolutely will have to be fought. Gird your loins.

Why you could be dating a homosexual

Patients have endured beatings, exorcisms and even forced marriage

While acceptance eludes them, they believe there's a gay guy 'in every corner'

Is There A 'Cure' For Homosexuality

Dr Douglas McIntyre is what one might refer to as ex-gay. The 68-year-old who hails from Texas, US, went through a ...

By LYDIA MATATA
Read more
Someday, somewhere over the rainbow, we’ll all be free
Post a comment
WATCH: The latest videos from the Star
by Mwangi Githahu Columnist
Lifestyle
02 October 2022 - 05:00
Read The E-Paper