Marceline Atieno, who used to strip in the US, said it is a normal job and widespread in Kenya

A woman from a conservative country experiences a liberal lifestyle abroad then imports it to her home nation, where society turns a blind eye to 'immorality' until someone awakens its righteous fury.

So goes the tale of a businesswoman in Kitengela whose culture shock is not abroad but in her own backyard.

Once a stripper in America, Marceline Atieno opened a strip club on her return to Kenya. It is an open secret that towns are dotted with similar establishments, but hers got raided and shut down after someone said it is a brothel, something she vehemently denies.

Atieno, who is in her early 30s, is not taking it lying down. Not after spending nearly Sh700,000 in 'protection money' to the police last year alone.

She said she has every right to do any business in Kajiado county so long as she is paying taxes.

The feisty woman, who is famed for causing the Independent Policing Oversight Authority to recommend the transfer of a local police OCS on corruption claims, says Kajiado is part of Kenya, and she will fight those who want her out of business.

Kajiado county police commander Muthuri Mwongera early in June told the Star that Jennifer Mutuku, alias Bensouda, was transferred out of Kajiado to allow for investigations into corruption allegations heaped on her by the business community.

We found revellers naked with the girls dancing, but before we could arrest them, they fled

Police raided Atieno's Motherland Bar in Kitengela town last Saturday. Speaking to the Star, the trader said her business of running a strip club is valid and allowed by laws in Kenya.

“We have several strip clubs in Nairobi, Mombasa, Malindi, Nakuru and other towns, including Kitengela. I do not understand why the local licensing board is irritated by my business,” she said.

Kajiado County Liquor and Alcohol Licensing Board chairman Jonah Marapash, who led the operation, said he took the action after receiving complaints from members of the public.

He said he ordered the strip club closed because it was acting as a brothel.

“We found revellers naked with the girls dancing, but before we could arrest them, they fled,” Marahpash said.

Atieno said the claims her club is a brothel are “unsubstantiated and misleading”.

She admitted she is running a strip club but said she would not allow sexual activities on her business premises as alleged.

“Those are claims aimed at putting me out of the legal business,” Atieno said.

“I pay taxes like other Kenyans. I employ about 20 men and women at my club. This business is a source of income to many Kenyans and I cannot understand why the county government is irritated.”

Marahpash, however, said his decision to close the bar is final, and he will not allow strip clubs in Kajiado. 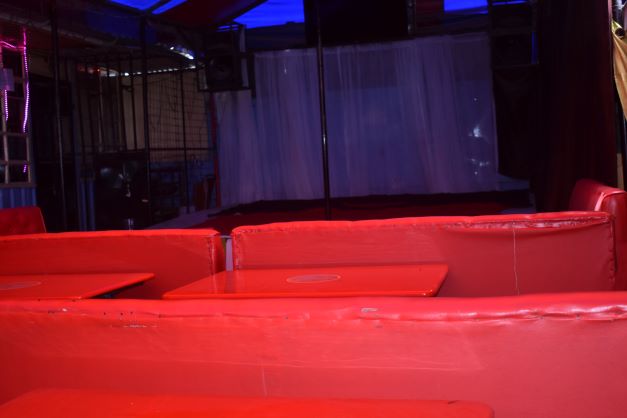 The girls who come and make money are all above 18. This is a legal business in the country and Kajiado is part of Kenya

Atieno said her customers are mature people above the age of 18 and make an informed decision in choosing her club.

“The girls who come and make money are all above 18. This is a legal business in the country and Kajiado is part of Kenya,” Atieno said.

“We are coming out of a devastating Covid-19 that has messed up all the businesses.”

She said Marahpash organised a raid by the police and a section of the media that did not even bother to hear her part of the story because of listening to her competitors.

“This is not about the strip club business but the competition. My competitors are listened to because my business tides are rising,” Atieno said.

She said in April, she approached the county government to seek a waiver from paying for liquor licences after bad returns last year, and her plea was taken up by a county public health official, Jacob Lekatoo.

“He told me I can get a waiver if I follow the right channels. I have not yet received any written communication from the county regarding the same,” she said.

When we contacted Lekatoo, he said he is aware of Atieno’s case but that the county would not allow her to run a strip club.

Atieno, early in the year, complained to Kitengela OCS Mutuku with IPOA, and her case was booked as IPOA/CMU/676/2022.

IPOA chairperson Ann Makori said they were made aware of the case through mainstream and social media reports.

She says she has commissioned the inspection and monitoring team to probe the allegations. 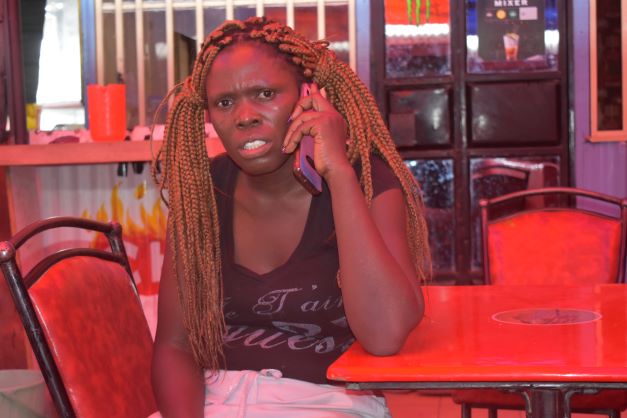 “I used to pay the OCS Sh5,000 every week, which the police boss called my protection money,” Atieno said.

“On a daily basis, I used to pay policemen walking on food Sh350, and every week I used to be arrested and charged Sh10,000 by the OCS.”

When we reached out to Mutuku, she said she is now stationed in Kariobangi, Nairobi, but would not comment on the findings of the IPOA or claims made by Atieno. Mutuku disconnected the telephone conversation.

Atieno is a single mother of two: a nine-year-old and a three-year-old. She moved to Kitengela town in 2020 after a short stint in Mombasa city after arriving from the US in 2016.

The controversial businesswoman says she worked in the USA for 10 years before engaging in stripping club business around clubs in the foreign land.

“When I went to Mombasa, I started my stripping online business, but was cut short after I was smoked out by police,” she says.

The woman, who hails from Siaya county, moved to Kitengela in 2020, where she raised capital to start her business.

“The funds to start my business was crowdsourced when my story went viral after I was interviewed by Jalang’o TV on December 15, 2020. It is from this that the audience was moved by my narration of how life had tossed me,” Atieno said. 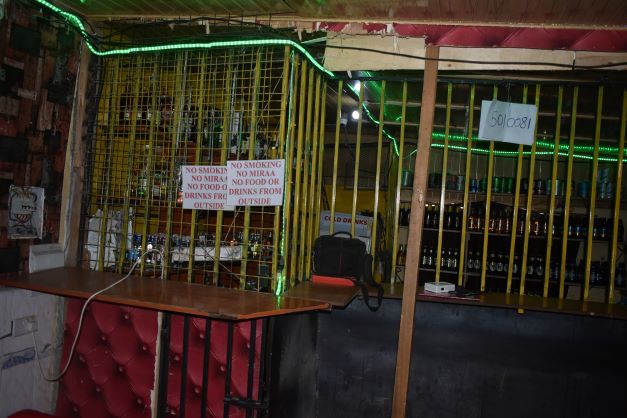 She says before she was deported from the US, she had just lost a brother.

“I managed to raise about Sh500,000. The crowdfunding was done between December 2020 and January 2021. Upon advice, I settled on starting up a food business in Kitengela town,” she says.

Her business blossomed in Kitengela town after diversifying from an eatery to include a bar business.

“It was picking up so quickly until one evening when a client refused to pay a bill of Sh6,700 bills,” she says.

The businesswoman says her client walked in with a group of friends and asked to be served alcoholic drinks and after drinking to their fill, they refused to foot the bill.

She says when that happened, she reported the matter to the Kitengela police station.

The police, she says, didn’t take any action against the offending client, and that’s when they got wind about her diversified bar and restaurant venture. Initially, they only knew she was operating an eatery.

“I was summoned by the OCS, who suggested I would have to pay a protection fee of Sh5,000 every month, given to her by the fifth of every month without fail,” she said.

They warned that the consequences of not complying would be dire, including facing frequent arrests.

Out of fear, she complied, visited the OCS, and spoke warmly with her. She told her what she had gone through in her life and in the end, the local police boss claimed she had been moved by the story.

The IPOA, from their findings, are yet to make an informed and comprehensive decision about the allegations heaped on Mutuku.

Nelson Marwa has ordered the closure or the review of liquor licenses for four stripper clubs in Nyali, ...

Kenya Film Board CEO Ezekiel Mutua has said they are investigating soaring cases of bestiality in stripper clubs in ...