Kenya needs a day to feast over its heritage

It could borrow a leaf from S Africa, which marks Heritage Day this month 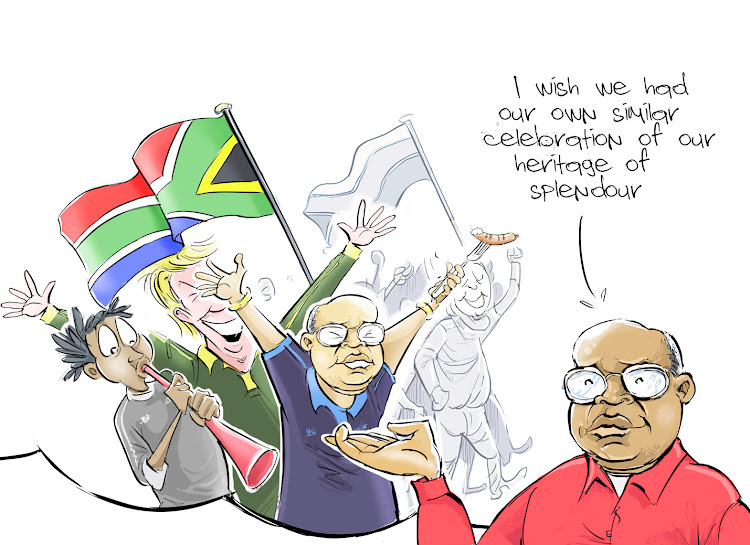 This is Heritage Day weekend in South Africa. Heritage Day is a public holiday commemorated on September 24 to celebrate the cultural diversity of what Archbishop Desmond Tutu described as the Rainbow Nation.

Tutu first called South Africa the Rainbow Nation after the country's first democratic elections in 1994. The term was later picked up by his friend Nelson Mandela to speak of a post-apartheid South Africa that yearned for prosperity and peace.

There is contention among intellectuals and others about whether the country can or even should still be called the Rainbow Nation. I think for many, it is still an ideal, but there are many rivers to cross before the dream becomes a reality.

In South Africa, the day has its roots in ‘Shaka Day’, a day on which the legendary King Shaka Zulu was remembered.

I remember reading in school back in Nairobi about how Shaka Zulu united different Zulu clans into one cohesive Zulu nation in what we now call Kwa-Zulu Natal.

In SA, thousands of people gather at Shaka’s grave to pay tribute to him and to honour his memory on this day every year.

Hurried discussions were held and to placate the Zulu nation, a compromise was reached, from which there emerged a national holiday where South Africans of all cultures and creeds could come together and celebrate their diverse cultural heritage.

The politics of the issue aside, the main idea behind the day is to nurture and embrace the country’s culture and to encourage the acceptance of all races, genders and language groups.

As a Kenyan, every time this day comes around, I wish we had our own similar celebration of our heritage of splendour, to quote from our national anthem.

I always think it would be great to have a day, even a whole month, dedicated to learning about different cultures and spending time with friends and family, wearing traditional outfits and eating traditional foods.

If there is one thing I have learned in my decade or so in this country, it is that South Africans take both their heritage and their food very seriously.

I can almost bet that if a day like today when they can celebrate both had not been specifically created, South Africans would have invented the day.

For many South Africans, there is no better way to mark the day than with food and, weather permitting, a shisanyama (a nyama choma) party.

The star of every braai, whether it be on a small charcoal burner in a township or a fancy braai built into the patio of a leafy suburban home, is the Boerewors sausage.

If you thought Boerewors was just a fancy sausage, perhaps you should think again. The importance of the Boerewors to South Africans is such that the government recently gazetted new regulations and a particular set of standards to be met if boerewors is to be sold in South Africa.

By the SA government’s definition, if the sausage on your braai does not contain a minimum total meat content of 90 per cent and a fat content of no more than 30 per cent as well as cereal or starch, vinegar, spices, herbs or salt, food additives, and water, then it isn’t really a Boerewors.

The regulations stipulate what type of meat can go into Boerewors and it can either be from  a cow, a buffalo, a lamb, a goat or a pig. Alternatively it can be from a blend of two or more of these.

The fact that the government acknowledges not just the public holiday but the fact that the braai or barbecue and what goes onto it, shows me that they genuinely understand the role food plays in nation building and social cohesion.

Perhaps there is an idea to be borrowed here by Kenyans. In fact, I am sure it would go down very well across the whole of East Africa.

Post a comment
WATCH: The latest videos from the Star
by Mwangi Githahu Columnist
Lifestyle
18 September 2022 - 05:00
Read The E-Paper