How prosperity gospel is killing faith in church 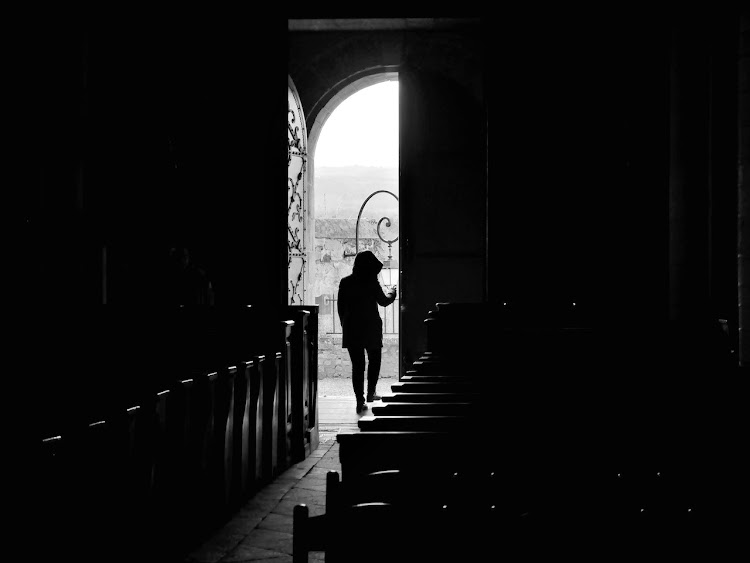 Kenyans are highly religious; 98 per cent of the population practises Christianity, Islam, Hinduism and traditional religions. However, growing vices in society put into question Kenyans' commitment to spiritual values.

Corruption, naked tribalism, greed, murder, marital infidelity and child abuse are just a few of the vices whose incidence is growing among a supposedly highly religious population. The 2019 national census showed that 85.5 per cent of Kenyans are Christians, 11 per cent are Muslims, while Hindus, Sikhs and Baha'i are less than 2 per cent.

Religion is regarded as a spiritual affair beyond the realm of earthly laws. In Christianity, the view that anybody can start a church has given rise to "churchpreneurs".

In a CSIS report, analyst Richard Downie says churchpreneurs preach the prosperity gospel, a style of worship that "makes the attractive argument that spiritual health will lead to financial wealth".

The growth of churchpreneurs and reports of scandals in the church has led to calls that Kenya follows Rwanda's example in controlling the conduct of religious institutions.

In March 2018, the government of Rwanda reportedly closed down 6,000 churches and 100 mosques across the country.

Rwanda's President Paul Kagame was surprised to learn there were 700 churches in the city of Kigali, the country's capital. "700 churches in Kigali? Are these boreholes that give people water?" Kagame wondered. The government's move to shut down religious institutions was criticised by human rights watchdogs as an infringement on freedom of worship.

Why do churchpreneurs continue thriving despite the scandals associated with their churches? The churches popping up everywhere are responding to a genuine need among some Christians. A report titled, "Christian Forms of Religion in Kenya," explains why Kenyan Christians switch their loyalty from church to church, in what has been described as "church hopping".

Yvan Droz and Yonatan N Gez, the report's authors, say that people engage in church hopping because they no longer feel bound to any church.

"Previously, people attended a church because of their loyalty to the congregation. Even if the church was not ministering to their needs, they remained because of their sense of duty," the authors write. Their report is part of a book titled 'Kenya in Motion 2000-2020' published in 2021.

Today, the congregation's identity within the church is no longer based upon the past but upon the contribution the Church makes in their lives and families.

"This has indeed brought pressure upon most churches to develop multiple ministries, resulting in inter-denomination mobility," the two authors state in the report. Church hopping gives congregants options in case one's initial denomination descends into a political or financial scandal.

There's also the growth of "church zapping," where people stay at home to watch church services and evangelical crusades on television. According to Yvan and Yonatan, church zapping is growing because of discontent with contemporary pastors seen living lavishly while their congregations languish in poverty.

These changes in religious practice among Christians raises questions on whether organised religion is ministering to the spiritual needs of the congregation. People are clearly looking for something that's missing in their spirituality. Without spiritual fulfilment, individuals say they feel "empty" and "lack direction".

Spirituality seeks answers to the questions of why we exist in the first place. Why were we created? Why are we on earth? Spirituality is a key distinguishing feature between human beings and animals. It could be said that humans are designed to be spiritual because it is only they who engage in religious activities.

The search for spiritual fulfilment has manifested itself in various forms since ancient times; from the pyramids of ancient Egypt to the pillars of Stonehenge; from ancient Babylonian religion to the diverse traditional religions of Africa; from the minarets of Mecca to the Gothic Cathedrals of Europe; and onwards to new-age religions, such as Scientology. The vast array of religions by different races means that all human beings have a spiritual instinct.

By coincidence, almost all societies define the soul as positioned in the area around the heart. Spiritual beliefs state that the soul connects each individual to the spiritual world. The soul cannot be seen or touched. It is believed that the soul leaves the physical body upon death to reside either in heaven or in hell, depending on the actions of the individual when he or she was alive.

Its also believed that the soul, being indestructible, can be transferred spiritually from one being to another, or from one form of existence to another. Some religions believe in reincarnation, that is, that a soul moves out of a body upon death and gets born as a new entity.

In efforts to woo more worshippers, the so-called charismatic churches are merging the secular and the religious to spice up religious services. Authors Yvan Droz and Yonatan Gez quoted earlier in this article say blending the secular and the religious shows that churches are not only a place of spiritual engagement but also a place of socialisation, recreation and pleasure. Religious services are increasingly oriented towards entertainment.

Despite the bad habits of churchpreneurs, criticism of the church remains a sensitive matter. In January, Ida Odinga got into controversy when she suggested that the National Council of Churches of Kenya (NCCK) regulate the mushrooming of churches. She further suggested that preachers undergo training to better serve the flock.

Two days later, sharp criticism forced Ida to withdraw the remarks she made in Kisumu.

"It has come to my realisation that my comments haven't sat well with some members of the church. I sincerely apologise for the discomfort caused as I meant no harm to any person," Ida said.

More than half a million Kenyans don't believe in God

Kenyans have 15 million Protestants while 9 million are Catholics.

Young and Unsettled: No churching

I bet my parents stay up at night, wondering where they went wrong

What made people stop going to church?

Some people have not stepped into church since Covid hit

Some pastors prey on their flock rather than pray for them