Why youth don’t feel as patriotic as the elderly

We feel our voices are not heard, doubt the electoral process and prospects of change

• While wazee troop to shaggz with family to vote, many youth snub the 'civic duty' 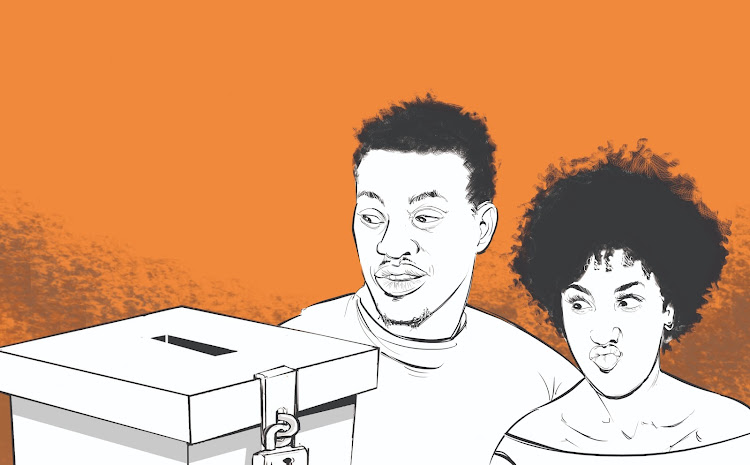 The other day I was eavesdropping on a conversation in a matatu (as I often do to get inspiration for my writing) between two elderly gentlemen.

They were sitting up front with the driver and talking about what every Kenyan is currently talking about, the elections.

One was saying how he had to travel back home to Busia county to cast his vote.

The other gentleman was telling him he should leave for home as soon as possible so he can be settled and be clear of mind to make the right decision.

The driver, seemingly in his thirties, was totally baffled by the idea of having to travel all the way across the country for a one-day exercise.

“So, you’ll take your whole family and go to Busia? Isn’t that expensive? Just vote in Nairobi and stay here,” the driver said.

“I have been planning for it so I have the money. Actually, my wife votes in Nairobi and I vote up-country so we can get development back home and here. I want my mother to have access to healthcare in Busia and my children to have it here,” he explained.

“That’s very clever,” the other gentleman said. “Since I became a voter in 1989, I have voted in every single election without fail.”

But the driver seemed to not have been convinced, like so many of us young people right now.

We just don’t have that spirit of patriotism in us. Fulfilling our democratic duties and rights? We pay taxes, so that should be enough, right?

I always thought patriotism is that gripping feeling you get in your throat when you sing the National Anthem.

Especially when you hear it being sang or played in a foreign country, most times after our great athletes have just made us proud and won us a medal.

I thought being proud to be Kenyan was patriotic.

But it takes more than just wearing a band on your arm with the Kenyan flag on it.

What are you actively doing to make your country a better place to live in? A place you can be proud to call your motherland?

When I first voted back in 2017, I was doing it because I was still in my father’s house, and as long as I was in that house, I was obligated to vote.

But after that election, I said I wouldn’t vote again because I didn’t feel heard as a young person by the government.

That is a general feeling among my friends, who have also made the decision not to vote this time around, either as first-time voters or as already registered voters.

“Why should I vote if my voice as a young person isn’t even heard?”

“I don’t even have faith in the electoral process anymore.”

“This country has already gone to the dogs, my one vote won’t save it,” is what many of my friends are saying.

I think we need something to be patriotic about as young people, and it could start with our votes.

Politicos can't use us to cause chaos — varsity students

To us, Moi was a rumour, Kibaki a shadow, Uhuru a wake-up call

You vote but not me, says Huddah

Politicians' agendas have never benefited her or her family, she said

Even after 57 years of independence, we still vote on tribal lines!