Driven beyond the edge by bankruptcy

SME failure is well documented. Lesser known is the mental anguish it inflicts 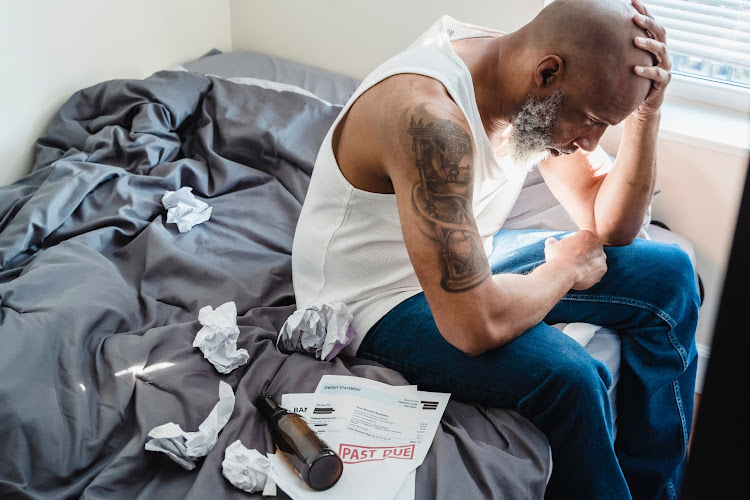 A man confused by the pressures of life
Image: PEXELS

We won't mention his real name here out of respect for his family, so we'll call him Simon.

Simon owned a retail shop in one of the urban slums. Business was good and it picked up so well that he grew to become a wholesale distributor. From his experience in retail, Simon figured he could make bigger margins by getting consumer products directly from the manufacturers. He could also make extra money as a distributor to other retail shops.

He got a loan from a bank, set up his wholesale business and employed several workers. With the money from the loan, Simon bought five new motorcycles for his sales staff to use as they sought orders from shops. He had a distribution vehicle, too, to ferry the goods from his wholesale depot to customers.

Turns out his model of business did not generate the returns he expected. His expenses were too high. The vehicle and motorcycles were a drain on revenue, and the employees had to be paid each month. Simon fell behind on loan payments. With pressure from the bank, Simon began cutting down expenses.

He laid off his sales force and sold his lightly used motorcycles for half the price he bought them for. The motorcycles were less than six months old but the situation was desperate. Sadly, Simon took his life, leaving behind a young family. The financial pressure from the loan and the poor performance of his wholesale venture had taken an emotional toll on him.

Experts in commerce have established that at least 70 per cent of small and medium enterprises fail within three years. Lesser known is the mental anguish bankruptcy inflicts on the founders of those businesses. Even worse is having to repay loans taken for a business that's no longer generating an income.

Several cases have been reported in the recent past of Kenyan entrepreneurs taking their lives due to mountains of loans they felt were too much. Loan amounts have ranged from a few thousand shillings to hundreds of thousands and even millions.

One of the more prominent cases was that of Samuel Wanjaria, who died from an apparent suicide in March this year. News coverage described Wanjaria as haunted by a Sh350 million loan he and his partners took for a real estate project in Kiambu. It was a sad ending for an individual who, in 2013, was on the Forbes list of Top 30 Under 30 Entrepreneurs in Africa.

A report by the World Health Organisation indicates that many suicides happen impulsively in moments of crisis due to a breakdown in the ability to deal with the stress. Financial problems, job loss, relationship break-up, chronic pain and illness are among the risk factors for suicide. A sense of hopelessness is also listed as a risk factor.

"Reach out to others," advises Dr Dan Jones of the University of Nevada (Reno). "Often, when facing adversity, individuals isolate themselves and feel that they must journey inward. While finding inner strength is great, support from others is just as important."

It's worth remembering that entrepreneurship is a long journey of constant learning and continuous adaptation, even during moments of failure.

Alarm as 10 people die by suicide over the weekend
Four things traders want from the next President
Post a comment
WATCH: The latest videos from the Star
by GODFREY KIMEGA Communication Professional
Lifestyle
09 August 2022 - 05:00
Read The E-Paper