Four things traders want from the next President

Almost anything produced domestically is pricier than its imported equivalent

• With most Kenyan workers in informal sector, job creation should focus on MSMEs 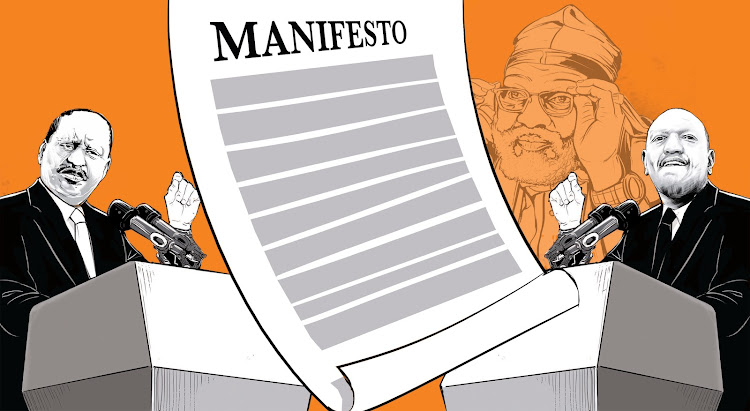 In a worst-case scenario of petitions and reruns, the next President may be inaugurated several months after the August polls. A prolonged period of electioneering is bad for business because both local and foreign investors would have to wait for the final outcome before implementing anything. Whenever businesses are in a state of uncertainty, there is little growth in the economy, with no new jobs created.

Whoever becomes President will have a lot of work stabilising the economy amidst the highest public debt in Kenya's history, rising food prices and a youthful population demanding jobs.

The 2021 Economic Survey shows that 84 per cent of Kenyan workers are in the informal sector, meaning that micro and small enterprises should be the focus of job creation. There is a role, too, for big industry in producing high-quality goods both for local consumption and export.

Nothing short of a revolution is required to reverse the current state of affairs.
Opinion
2 months ago

What, then, are the business sector's expectations for the incoming President?

1. Political stability: President Uhuru Kenyatta often credits the famous handshake with former rival Raila Odinga with bringing political stability to Kenya. There have not been any significant street protests since the rapprochement of March 18, 2018, though the pact has its share of critics. The next President should utilise all his political skills to create a peaceful environment for everybody to thrive.

2. Bring down the cost of business: Doing business in Kenya is a costly affair; almost anything produced domestically is pricier than its imported equivalent. The bigger the business, the more licences are needed just to operate. Electricity, fuel and transport costs are high. Numerous regulations raise the costs of business. The next President should seek to implement laws and regulations in a manner that neither disrupts business nor makes it expensive. Continuous engagement with business is better than the "crackdown" approach, which only fuels extortion.

Why traders opt to dodge askaris than pay for licence

Many say business permits are unaffordable; most of their income goes into urgent day-to-day household expenses.
Sasa
1 month ago

3. Make it easier to do business: Related to costs is the ease of doing business. This describes the processes of getting a licence, how quickly one can obtain foreign exchange, and how quickly goods can be processed at the port (imports and exports). Importers often complain of lengthy procedures at the country's entry points, which drives up costs and opens loopholes for bribe-seeking.

4. Clear pending bills: National Treasury data from March showed the national government owed Sh434.5 billion to suppliers and contractors. County governments owed Sh128.94 billion as of December 31 last year, the Comptroller of Budget reported. The money is owed to both small and large businesses, with some bills pending from as far back as 2015. The mountain of government bills pushed some businesses to close because they ran out of cash. The incoming President should prioritise paying pending bills so businesses can get much-needed funds to rebuild after the Covid-19 disruptions.

Economic model of this country is anchored on the Constitution and Vision 2030, so there is nothing new.
News
1 month ago
Illicit trade hinders Uhuru’s ‘Made in Kenya’ textile dream
by GODFREY KIMEGA Communication Professional
Lifestyle
26 July 2022 - 06:00