Why are Kenyans so negative on social media?

Social media offers anonymity that brings out the worst in people

• People act rudely, aggressively or illegally when their faces and names are hidden 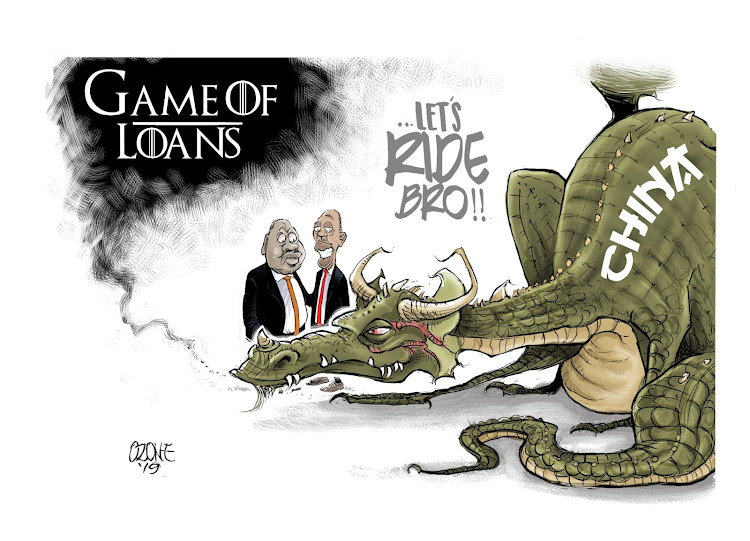 The Opposition has been silent on the government’s borrowing spree since the ‘handshake’
Image: OZONE

Kenyans are known for sharp criticism, especially towards government and political leaders, which is raising questions about whether we are perpetual pessimists, lacking in patriotism.

Whether it's the launch of a road construction project, a hospital, an international sporting event or a fresh round of government funding, Kenyans will literally pour cold water on it instead of celebrating. The general assumption is that public funds will be misused unless evidence is produced to the contrary. It's a case of, "guilty until proven innocent."

In April 2021, the International Monetary Fund took the unprecedented step of defending its lending programme to Kenya, following a barrage of public criticism. IMF online events were heavily disrupted by Kenyans on social media, the equivalent of arriving uninvited at a corporate meeting and demanding to be heard. More than 200,000 Kenyans reportedly signed an online petition, calling on the IMF to cancel further lending.

Thanks to easy access to digital technologies, Kenyans can vent out their frustration over the economy, corruption, service delivery and the conduct of public officials.

How cancel culture is taking over Kenya

Governance experts, such as Dr Joshua Kivuva of the University of Nairobi, believe Kenyans are frustrated at a political system that is not living up to its promises. In an opinion piece in Great Insights magazine, Kivuva says many Kenyans are not happy with democratisation because it has not brought about significant benefits to them.

"Kenya's democratisation has had significant progress towards consolidation: a powerful, independent Parliament, a restructured, independent judiciary, a new Constitution that has put checks on executive actions, and a devolved system of government," Kivuva wrote.

In his opinion, the entire democratic transition does not seem to have translated to tangible benefits for citizens. "They [Kenyans] have largely remained benefit-less," he says.

Kivuva blames the political elite for seeking power rather than democratising the state. Ethnicity takes precedence over the nation, ideology and political parties. The bases of Kenya's elections and electoral competition are ethnicity, personality and regionalism.

Dissatisfaction with governance could be contributing to the rise of criticism through digital culture, what has been described as, "the unofficial opposition". Indeed, government officials at both national and county levels routinely turn to social media to gauge public opinion. Social media has moved the government into responding to complaints from the public.

Most government agencies now have a social media presence. That's inevitable in a country with an estimated 11.8 million adult citizens on social media. Data published by global statistics firm Statista shows the most popular social media platforms among Kenyans are Facebook, Instagram, TikTok, Twitter and YouTube.

Social media offers something else that brings out the worst in people: anonymity. Social media platforms do not have a mechanism for confirming the identity of users. This means anybody can create a social media account and call him or herself anything.

Hiding behind false identities on social media emboldens people to post whatever they want and not face consequences for it. Governments can track down social media users, but they generally only do it for critical matters, such as national security.

A 2020 report by the USIU Sime Lab found that 47.7 per cent of social media users in Kenya used pseudonyms (fake names) when accessing social media. The portion of men using pseudonyms in online conversations was 57.8 per cent compared to 42.1 per cent for women.

Research on human behaviour has found a tendency for people to act rudely, aggressively or illegally when their faces and names are hidden. Furthermore, psychologists have proved that people tend to copy behaviours they find in a group forum. If an online forum contains aggressive language and uncivilised behaviour, anyone joining the forum adopts the same habits because they assume the behaviour is acceptable.

Dissatisfaction with the state of politics, the ability of social media users to remain anonymous and the psychological rewards provided by social media are all valid explanations

Thus, social media users soon find out that polite, thoughtful and considerate content does not provoke a reaction. Instead, controversy attracts lots of likes, shares, views and new followers (engagement). The more engagement a social media user gets, the greater the craving for more of it.

The craving can become as addictive as a drug, explaining why some personalities keep posting provocative content online. Critics of social media say online platforms inadvertently encourage bad behaviour because they allow users to post anything to provoke a reaction from the public.

The growing influence of social media also opens up opportunities for bad actors, who plan to manipulate public opinion through fake news. Soon after the 2017 General Election, Nairobi-based Portland Communications reported that bots and social media accounts displaying machine-like behaviour were particularly active in Kenya, where they accounted for a quarter of all influential accounts.

To us, Moi was a rumour, Kibaki a shadow, Uhuru a wake-up call
Sasa
5 months ago

Bots are social media accounts run by software programmed to comment, like and share content just as real people do. The purpose of bot accounts is to artificially exaggerate the number of people posting about a particular subject so the subject becomes a trending topic.

There is no single explanation as to why Kenyans routinely insult their leaders online. Dissatisfaction with the state of politics, the ability of social media users to remain anonymous and the psychological rewards provided by social media are all valid explanations. Even the President has confessed that he left social media due to insults.

President Uhuru Kenyatta was one of the few presidents in Africa boasting more than a million followers on Twitter. He suddenly closed his Facebook and Twitter accounts in March 2019. Speaking about the matter a year later, the President hinted at the distress caused by social media trolling.

President Kenyatta has pulled out out all the stop to crush DP Ruto.
Siasa
1 month ago

I have been trolled for five years, says Githae

The 'Tano Tena' hitmaker asked Kenyans to vote wisely
Sasa
1 month ago
The power of positive thinking in a troubled Kenya
Post a comment
WATCH: The latest videos from the Star
by GODFREY KIMEGA Communication Professional
Lifestyle
08 August 2022 - 06:00
Read The E-Paper