Start with what you have

‘When I get money, I will…’ is a Kenyan saying holding people back 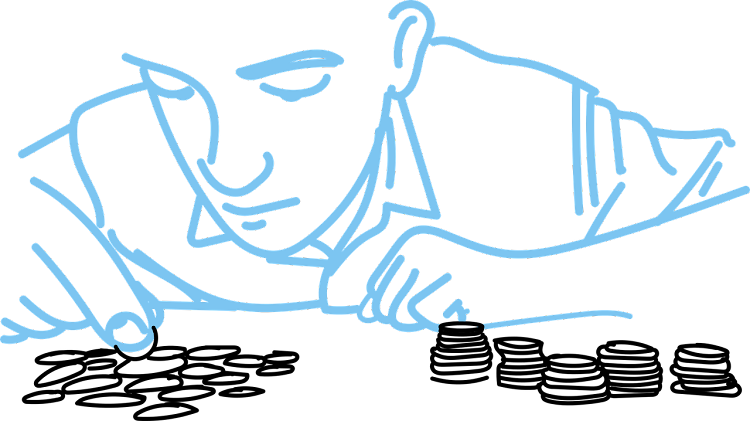 He survives on odd jobs in one of the coastal towns, sometimes earning as little as Sh100 a day, but 34-year-old Eliud Mkalla has big plans. He wants to venture into commercial farming.

One of Mkalla's uncles has allowed him to use a sizeable piece of land in their rural village. There's a source of water not far from the land. The water can be used for irrigation, but there's one snag.

The water is located at the bottom of a valley. Getting the water from the stream uphill to the farm will require a water pump, which Mkalla does not have.

"I am hoping one day, I will get Sh50,000 to buy the diesel water pump so I can start farming," Mkalla says. In the meantime, he carries on with his menial tasks, hoping that one day, he will get his breakthrough.

Some are waiting for their children to grow up, while others hope to save for a house after getting the long-awaited promotion.

"Start where you are. Use what you have. Do what you can," Arthur Ashe, the late tennis star, remarked during his career. Ashe is famous as one of the first celebrities to publicly admit to living with HIV.

The trap of waiting for stability to get married

Nigerian author and motivational speaker Praise George sees things more bluntly. "Stop hoping, praying, wishing, waiting for something to happen that will change your life and take action," he advises. "Scripture says in the book of James that faith without works (action) is dead."

George is the author of a book titled, Start with what you have from where you are: How to start and win with your ideas and dream. In the book published in 2019, George notes that success is an intentional process and that taking action unleashes an internal power that pushes you into manifesting your dreams.

"You can start from where you are right now, using the resources at your disposal to pursue and work out your dream, no matter what it may be, and experience success beyond your highest expectations," George wrote. He advises on the consistency of effort, adding that too many people easily give up when they encounter difficulties.

Another motivational author, Steve Maraboli, urges against waiting for things to happen. "What are you waiting for? How long will you keep waiting? Don't sit back and wait for life to happen to you. Have a plan and take the needed steps to create what you want," he wrote in his book, "Unapologetically You: Reflections on Life and the Human Experience".

These pieces of advice may seem like empty words to someone lacking the necessary capital to venture into business. Difficult times call for creativity and collaboration. In the case of Mkalla, who we described at the beginning of this article, could he consider teaming up with youths in his village so they can contribute money to buy or hire a water pump?

Why Kenyans have a poor saving culture

How can you save when you barely make ends meet from earnings?
Sasa
1 year ago
CEO Secrets: Older women strike out in lockdown
by GODFREY KIMEGA Communication Professional
Lifestyle
20 July 2022 - 04:00